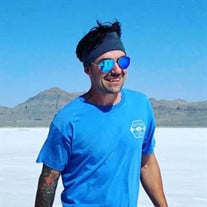 Aaron Michael Welsh was born on February 1, 1988 to Ed and Roberta in Denver, Colorado. Aaron grew up in Port Orchard and attended Hidden Creek Elementary (where he met a lot of his lifelong friends), Marcus Whitman Jr. High, and he graduated from South Kitsap High School in 2006. As a teenager, Aaron lived with his older brother, Ed, and his sister-in-law, Becky. Those years were filled with shopping (especially for sneakers), keeping those sneakers clean, convincing Becky that Napster was legal, going to Skateland and breaking the hearts of girls he told his name was “None of Your Business, always choosing “Sculpturades” during the Cranium game nights with family and friends, learning that accelerating through a corner doesn’t mean to 'speed up to go as fast as you can around the corner', extensively practicing how to further insult his brother Jesse when told, “Now say three nice things” after some initial insult, and watching Dharma and Greg. You might be thinking to yourself, “Did I hear that correctly? What teenage boy loves watching Dharma and Greg?” That would be Aaron. Another favorite activity was telling Becky to “Calm Down” if no other reason than to see how she would react. He could talk his way out of anything, and if talking didn’t work, he would just smile and whatever trouble he was in would disappear. Man, that smile… He also lived with Ed and Becky a few other times during his life. Those days were filled with more Cranium, shenanigans with the other two Jesse’s, and annihilating his brother Ed in Halo (and any other video game they played together) just to frustrate Ed – do you see a pattern yet? He lived to make life fun. He was mischievous, but in no way malicious. It was just his way, and through that, he was the light of everything. In September 2008, Aaron made a trip to Arkansas to be his brother Jesse’s best man in his wedding. He moved to South Dakota to work as an Oil Rigger, then in 2012 he moved to Colorado, not long after his brother Jesse moved there and lived there until 2018 when he moved back to Washington. Aaron loved the outdoors. In May 2014 on a trip to Poudre Canyon to camp in Beaver Meadows, Colorado, the family got their vehicles stuck in several feet of snow and had to dig out their campsite for the night and wait for help the next morning. Everyone was dressed in summer clothing and ended up sharing one tent with two dogs and six people in it! In recent years, Aaron spent his leisure time hiking, spelunking, rock climbing, playing guitar, playing basketball, kayaking, taking road trip adventures and lots of travel and family time. Aaron has a box full of certification certificates. You name it, he was certified! He was also a brilliant chef. His dinners would gather masses. When Aaron was not off traveling and adventuring he was mentoring Jack in woodworking, skateboarding and framing. He also took great pride in his Doberman, Mushu. Rehabilitating her came naturally to Aaron. She learned to trust and love when strolling with him to all his favorite restaurants around the block. He also enjoyed working on his home by the marina and a whole lot of tubing at the end of long days. Two of his lifelong dreams were to travel to Italy and to design and build a church. He was currently attending college to become an engineer, and also was learning to become fluent in Italian and French. Aaron had a different and special relationship with everyone he encountered. He was made of many facets. He made friends with all and played a significant role in each group he associated with. A loyal family man, a brilliant person, a friend who had a personality that made you love yourself a lot more when you were in his presence. He loved watching others succeed, grow, shine and thrive. He was a giving soul and a true philanthropist. He will be so missed and is loved by all.

Aaron Michael Welsh was born on February 1, 1988 to Ed and Roberta in Denver, Colorado. Aaron grew up in Port Orchard and attended Hidden Creek Elementary (where he met a lot of his lifelong friends), Marcus Whitman Jr. High, and he graduated... View Obituary & Service Information

The family of Aaron Michael Welsh created this Life Tributes page to make it easy to share your memories.