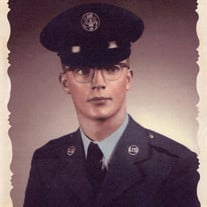 Almy Quincy “Bud” Barnes Born – Kemmerer, Wyoming Died – Port Orchard, Washington Survived by – Dayle Ann Findlay (Lynn) Richfield, Utah Donald Wayne Barnes Valley City, North Dakota Preceded in death by: Parents – Roy Wayne and Lola Florean Hansen Barns Brothers: LeRoy Willard, Calvin Eddy, and Ray Dudley Married: Haruko Sasaki December 20, 1967 – US Embassy Tokyo, Japan Education: Graduated from Kemmerer High School – 1959 Bachelor’s Degree from University of Hawaii – 1978 Military – Entered USAF January 29, 1960 – Salt Lake City, Utah Separated from Service November 11, 1967, Travis AFB, California Almy became known by his nick name BUD almost from the time he was born. He was named after his Mother’s favorite uncle and his Grandfather Hansen. His sister called him buddy – couldn’t say brother and that stayed until it got shortened to BUD. The first few years of life the family lived near Jackson, WY, then moved to Frontier, WY where he went to grade school. Growing up in Frontier was an adventure in itself. Frontier is a small town of about 400 located a mile north of Kemmerer. At that time it had a saloon, grade school, a boarding house, and a general store with a post office and the Kemmerer Coal Co. offices. The store was owned by the Kemmerer Coal Co. which also owned the town and employed most of the inhabitants. Bud went to Jr High and High School in Kemmerer. He started playing the trombone in the high school band. This began his love of music. He learned to enjoy classical music. Bud graduated high school in 1959. He then went to work for a seismograph company until January 1960 when he joined the air force where he was trained as an electronics technician. After tech school he was sent to Korea. He liked Asia immediately and felt at home there He said “Where ever I went, from Korea to Thailand, I liked it.” He served in Korea, Thailand, Japan, and Viet Nam. After being discharged he went back to Japan, where he had met Haruko when he was stationed there. Their romance blossomed and they were married December 20, 1967. Bud then worked at a variety of jobs. Until they moved to Honolulu, Hawaii and decided to take night classes at the university of Hawaii. It took 6 years but in 1978 he finally got his Bachelor’s degree in Business Management. A friend finally convinced him that he should go to work at the Pearl Harbor Naval Shipyard. There he worked as a radiation control monitor, became a machinist, stayed in the nuclear program, and eventually became an instructor. In 1990 he transferred to Puget Sound Naval Shipyard in Bremerton and bought his home in Port Orchard. Bud retired in 2005 and began to make his new life. He enjoyed landscaping his yard. He had always wanted to build log cabins and started building log cabin models. They had to be built to scale. They were perfect. He then took up drawing which was what he had always done pretty well. He loved it! It was very satisfying to him. He joined the South Kitsap Artists Association. Bud was devoted to his wife Haruko. She has always been devoted to him. They enjoyed their life together. He said she took all their moves with a “Whither thou Goest” attitude. They enjoyed their life together.

The family of Almy "Bud" Quincy Barnes created this Life Tributes page to make it easy to share your memories.