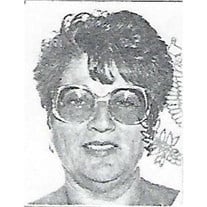 On Wednesday 20 March, Anita A Thomas, age 84, of Port Orchard Washington passed away while asleep. The cause of her death was noted as congestive heart failure. Anita is survived by her husband John of Port Orchard WA and her two younger half-brothers Jacob and Michael in the Hartford CT area. Anita has been cremated an her ashes will be spread on the graves of her maternal Grandfather and Grandmother at private ceremony on a date yet to be determined in late May. Anita's passing is felt strongly by her cousin Marion (who is most like a sister) and Husband Victor P Wausilauskas of Southington CT and her closest life long friend Joni Nielsen of Berkeley CA. From TOPS Anita developed great friendships with Ann and George Fiebelkorn and with Linda Roper all of Port Orchard. Other friendships include Becky and Joe Gallegos and Serena Joe. Such deep and lasting friendships, are few and far between, but set the standard that others can hope to grow. Anita was ranked as the #1 statistical typist at the Connecticut Dept of Labor. When Anita moved to the California San Francisco Bay area in the 1967, she was quickly hired by the renown UC Berkeley Haas School of business. While there, she finished her GED through Livermoore High School and went on take courses at the Alameda Junior College while working at UC Berkeley. Anita nee Trotta was married to her husband for 33 years. They met when he was stationed at NAS Alameda and attached combatants. She retired from her position at UC to move to the Bremerton Area with USS Carl Vinson change of home port in 1991. Anita became a member and held several offices in the CVN-70 wives club and held distinction as the only member married to a plank owner while associated with USS Carl Vinson (CVN-70) from 1986- 1987 and 1989 – 1992. Anita was also a member of TOPS of South Kitsap. She is the only person to have obtained recognition for over ten years of perfect attendance. She met her goal in 2012 and held for the rest of her life. Commitment was one of values Anita appreciated. Like Dickens' Tale of Two Cites, the hope and possibility of resurrection and transformation are apparent in Anita's life. When she was born ,in the ”booming and blooming thirties,” her nation saw the completion of the Golden Gate Bridge and the building of the Empire State Building. But the great wealth and affluence did not translate to the Anita's mother Marie nee Gianatti,who was divorced by Anita's father, Anthony Trotta of Southington CT, and left to raise Anita alone. A young woman raising a baby alone is a daunting task for a single mother hoping for a future husband, home and family in any era, and much worse then. This is when Anita was taken into the loving arms of her mother's parents and raised with values and respect for same in others that would guide her throughout her life. Anita would face many such challenges of unearned rejection in her future, as so many others do. Despite all, she overcame and was able to travel the world and do and see as others only hope. She worked hard a and obtained recognition. But foremost, she held true to the values she learned early on and was deeply loved and is now sorely missed. Donations can be made to a charity of your choice.

On Wednesday 20 March, Anita A Thomas, age 84, of Port Orchard Washington passed away while asleep. The cause of her death was noted as congestive heart failure. Anita is survived by her husband John of Port Orchard WA and her two younger... View Obituary & Service Information

The family of Anita Antoinette Thomas created this Life Tributes page to make it easy to share your memories.