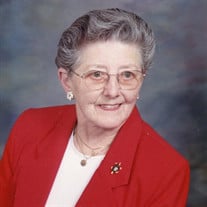 Even though she did not live in Seattle, she was born in Seattle at Providence Hospital on Feb. 16, 1923 to Vernie Bradley and Ellen Bridget Caldwell. The family lived in Steilacoom, WA from 1923 to 1930 at which time they moved to 26th and Alder in Tacoma, WA where Vern owned and operated a small grocery store. In 1935, they moved to Bremerton, WA and were there until 1936 at which time again the family moved to Port Orchard, WA where Vern owned and operated a second hand store furniture/hardware. Anna attended South Kitsap High School graduating in 1941. She attended Central Washington College (now Central Washington University) in Ellensburg from 1941 to 1944 and graduated with a teaching degree. She taught at South Kitsap High School in Port Orchard from 1944 to 1949 teaching 7th and 8th grade Math and 9th grade General Business Training. She was also a librarian for a period of time. In 1949, she took a job with Continental Can Co. in Seattle within the Materials Management Dept. During the time with CC, she bowled in their league taking first place one year and second place twice. She also bowled three 200 games. She moved to Oakland, CA in 1955 and worked for Stokely Van Camp in the auditing department. In 1956, her old boss from Continental Can called her and asked if she wanted her old job back, so she moved back to Seattle and was with Continental Can until 1981 at which time they closed the Seattle plant. She chose to retire, rather than move to Chicago. She married Lester Ghormley in 1962 and they lived in Mount Lake Terrace, WA. Les passed away in 1996 and she remained in Mount Lake Terrace until 2006, moving to her new residence, a lovely little three bedroom home in the Twin Lakes area in Federal Way. Anna always loved working in her yard, knitting, crocheting and Needle Point. She also in recent years kept her mind sharp by working crossword and Sudoku puzzles. Two years ago she moved to a small apartment at Village Greens, and her social circle expanded significantly. It was quite an adjustment from living alone, but she blossomed, and most recently had taken up coloring as a way to express and enjoy herself. Anna passed away peacefully in her sleep on April 29, 2019 at the age of 96. She was preceded in death by her parents, Vernie and Ellen Caldwell, her husband Lester, her older brother, Lee, just 3 weeks before her, two of her nieces and a nephew. She is survived by her sister, Katherine Leonard, her brother, John Caldwell, six nieces and nephews and numerous great-nieces and –nephews, and even some great-great nieces and nephews. Her quiet demeanor and gentle spirit will be missed by all her family and friends.

Even though she did not live in Seattle, she was born in Seattle at Providence Hospital on Feb. 16, 1923 to Vernie Bradley and Ellen Bridget Caldwell. The family lived in Steilacoom, WA from 1923 to 1930 at which time they moved to 26th and... View Obituary & Service Information

The family of Anna Jean (Caldwell) Ghormley created this Life Tributes page to make it easy to share your memories.

Even though she did not live in Seattle, she was born in Seattle...