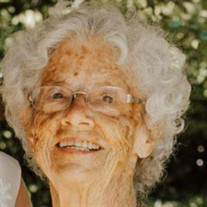 Arlene Evelyn Nesseth (Leach) was born August 8, 1933, to Selma and Orville Leach in Moorehead, Minnesota. At ten years old her family moved out to Bremerton, Washington for her father’s work. A few years later her family moved to Port Orchard, Washington, where she would live for the rest of her life. Arlene met her husband, Nathan Nesseth, at South Kitsap High School. She wasn’t sure she wanted to date him, but he pursued her relentlessly. She eventually said yes to a date, and they really, truly lived happily ever after. Nate proposed to her in the choir loft at church and they were soon married. Arlene and Nate welcomed their first son, David, in 1953. Filled with joy and responsibility, they moved to Nate’s hometown, Williston, North Dakota, for work. Arlene missed her family and was ready to go home. The family moved back to Port Orchard after just one year, moving in right behind Arlene’s mother’s house. There Arlene and Nate welcomed their second son, Daniel. Two years later, Arlene and Nate bought their forever home. In 1959 they purchased their home on Sidney Avenue, where they would spend the rest of their lives together. There they welcomed their third son, Alan. Arlene was a proud mom. She would tell everyone, “All three of my sons are perfect!” and she believed it wholeheartedly. She loved her kids more than anything else in the world. She wanted nothing but the best for her three sons. She worked hard to provide them every opportunity and spent every moment she could with them. Arlene was involved in every aspect of her sons’ lives. She was a Den Mom for Cub Scouts. At school, she was a Room Mom, the lunch lady, and the playground supervisor. At church, she was the Sunday School Teacher. And at Little League – well, she basically did everything! In their spare time, you could often find the Nesseth family out spending time camping and fishing all over the coast together. While Arlene was a proud mom, she was an even prouder grandma. Arlene loved being grandma to her eight grandkids. Being a grandma became Arlene’s full-time job, even while she was working full-time jobs! She and Nate were daycare for each of their grandkids at some point or another. They also made sure to never miss a game for any grandkid’s sport. While she watched and cared for her grandkids, she also worked hard to spoil them absolutely rotten. Candy, pocket money, and toys ran abundant! She loved getting to be the one to put a smile on her grandkids’ faces. One of her favorite things she got to do with her grandkids was join them on vacation. The money spent on these vacations didn’t matter to her, it was all about the time and experiences she got to share. In a conversation with Arlene, you would most likely hear one of a few things; she might tell you how stubborn she is since she is Irish. Or maybe about how stubborn she is because she’s Norwegian. She also might have been telling you that you were acting ferkasheet. Or she’d be “uff da”-ing over someone wrestling in her living room. In the last few years, she would almost definitely be telling you about her baby – her dog Manny. Arlene had a lot of hobbies. She loved making sure her garden was done up right and she loved using the pieces in her garden to help arrange the flowers Nate would bring home for her. You could often find her sitting on the couch with a game show on while she worked on a word search or a puzzle. She also loved to play bingo and cards with her sisters and friends. Above all, Arlene’s passion was caring for others. It came through in everything she did. As a young girl, she cared for her little siblings while her Mom worked. As a teen, she worked with her sister helping her with her schoolwork. When she was an adult, her passion for caring for others was channeled into her work at various nursing homes. When her siblings got sick, Arlene was the one who was always there - every day. When Nate fought dementia, she cared for his every need despite the toll it took on her. She was always there when someone needed her. Caring for the people she loved was her passion. Arlene was called home to Heaven on June 20th, 2021. She was preceded in death by her sisters, Jeanette Hovermale and Gloria Bjorkheim, her brother Orville (Sonny) Leach, and her husband, Nathan Nesseth. She is survived by sisters Judy Marr and Janice (Frank) Kittilstved, son David (Brenda) Nesseth, granddaughter Nichole (Ben) Blanchard, great-grandchildren Ellie and soon to arrive Bentley Blanchard, son Daniel Nesseth (Helen- deceased), grandson Seth Nesseth, granddaughter Heather (Chad) Stormo, great-grandsons Kieran Holloway and Connor Stormo, great-granddaughter Callie Pursley, granddaughter Briana (Dustin) Tweten, grandchildren Isabelle, Jaxon, and Kolby Tweten, and son Alan (Kimberly) Nesseth, grandson Joshua Wade-Nesseth, granddaughter Stephanie Wade, great-grandson Jakob Nolcini, grandson Nicholas Nesseth, and granddaughter Amanda (Joseph) McIntyre.

Arlene Evelyn Nesseth (Leach) was born August 8, 1933, to Selma and Orville Leach in Moorehead, Minnesota. At ten years old her family moved out to Bremerton, Washington for her father&#8217;s work. A few years later her family moved to Port... View Obituary & Service Information

The family of Arlene E Nesseth created this Life Tributes page to make it easy to share your memories.