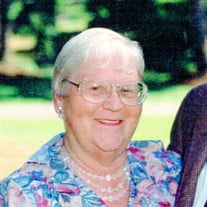 Betty was born and raised in Port Orchard Washington, she was always very proud of the fact she was born in her Grandma and Grandpa Aarshaug’s house instead of in a hospital. Betty attended 4 different schools on the way to final graduation. First through the fifth grade was spent at Central Grade School that was only about five blocks from her home on Sidney Ave, (the house is still there). Then she attended Our Lady Star of Sea Catholic school in Bremerton Washington. There were about eight including Betty, who took the ferry each day and walked a mile up to the school. She attended Our Lady Star of the Sea through the eighth grade and was taught by the Dominican nuns. From there she went to the South Kitsap Junior High in Port Orchard, but just for one year (the 9th grade) and then she went to the Holy Angels Boarding school in Ballard Washington being taught again by the Dominican Nuns. Unfortunately for her Junior year, she came home to attend South Kitsap High School due to having to be close to home to help her mother through a pregnancy that ended in tragedy. But was once again able to complete her Senior year at Holy Angels Academy back in Ballard. She came home on weekends and returned on Sunday nights. All through her school years she lived on Sidney Street in Port Orchard. She had both sets of grandparents within walking distance of her house which was a blessing that not many are able to enjoy. She had many fond memories growing up in Port Orchard, which at that time was a small close knit community. She used to tell stories of her mother sending her to the local grocery store to purchase of all things, milk. Her mother would put a dime in a glass milk bottle and send her to the store to have it filled. Another fun memory of hers was during winter one time her father “borrowed” her snow sled and used it to slide all the way down Sydney hill to downtown Port Orchard so he could fetch himself a fresh can of Copenhagen Chewing tobacco. “Times like that are long gone” she would say. She had many friends all through her schooling, was well liked by all and indeed was loved by some too! Betty married Robert Beal in 1947, they spent 54 years together. They were married and spent their early life together in Port Orchard. Four sons were born while living here, Michael (1949) Bruce (1950), Dean (1952) and Scott (1958). After Betty’s mothers passing, her and Robert purchased her parent’s home out on Carney Lake near Vaughn Washington in 1965. A fifth son was born while living there, Cecil (1967). This is the home Betty would stay in until her passing. She loved living at the lake, and for the 52 years she lived there she kept a journal of events that took place or to detail the wildlife she saw daily, she tried to make an entry every day of her life even if it was just a few words. An avid lover of birds Betty had many bird feeders placed all over near her home where she could see all the different species that came to feed. She became such a bird expert that she could name every species that came to visit and tell you just about anything you wanted to know about each one. Humming birds and waterfowl became her favorite types of birds. Her parents had owned the property at Carney Lake since the 1930’s and as a young lady she used to come out with her parents during summer time, but being able to live there was a special treat she relished. After the kids were off to school she literally had hundreds of square miles of forest and wilderness to explore. Often, she would time her adventure to coincide with the arrival of the school bus so she could walk down the quarter mile long dirt driveway to home with her sons coming home from school. This lake side sanctuary as the family would come to know it as was a perfect place to raise generations of her family as grandchildren and great grandchildren could enjoy this lovely place by the lake. I (Cecil) think that besides her family this little piece of heaven on Carney Lake is something Mom would miss most. One of Betty’s great passions was her family. Five sons, ten grandchildren and nine great grandchildren, her joy was seeing them anytime she could. Betty spent much of her free time volunteering in schools and wherever needed in the community. She enjoyed helping others, and was still doing volunteer work right up to her passing just over a week ago, she was so well-loved by the community that her passing will be felt for years to come. Betty is survived by her five sons Michael and Cathy Beal of Gig Harbor, Bruce and Lorrie Beal of Port Orchard, Dean Beal and Maggie Stephens of Rosedale, Scott Beal and Cathy Adgar-Beal of Gig Harbor, and Cecil and Wendi Beal of Gig Harbor. Ten Grandchildren and nine Greatgrandchildren, Marc and Amy Beal, their children Johnathon and Olivia Beal of Key Center. Michele Beal-Erwin and her son Hunter Erwin of Gig Harbor, Britt and David Lund and their children Amanda and Brett Lund of Port Orchard, Jerry and Stacy Beal and their children Lincoln and Lilian Beal of Walla Walla, Jared Beal of Tacoma, Stephanie and Chris Garrett and their Children Olivia and Nicholas Garrett of Allyn, Christopher Adgar-Beal of Sunnyvale CA, Jessica Sauer and her husband Marcus Sauer of Seattle, Russell and Chelsie Beal and their son Xander of Gig Harbor, and Logan Beal of Gig Harbor. Betty is also survived by her only sister Carolyn Blanscet of Port Orchard. Betty was preceded in death by both parents Hans and Lillian Aarshaug, Her husband Robert Beal, and one daughter-in-law Lori Beal

Betty was born and raised in Port Orchard Washington, she was always very proud of the fact she was born in her Grandma and Grandpa Aarshaug&#8217;s house instead of in a hospital. Betty attended 4 different schools on the way to final graduation.... View Obituary & Service Information

The family of Betty Louise Beal created this Life Tributes page to make it easy to share your memories.

Betty was born and raised in Port Orchard Washington, she was...