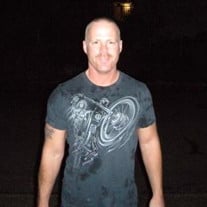 Brian Daniel Havens was born in Longview, WA on November 18, 1974, one of six children having three brothers and two sisters. He met Misty, who would later become his wife, while they were in fifth grade together. They went to the same schools and in high school decided they really didn’t have cooties after all and began dating taking the phrase high school sweetheart to a new level. They were married on December 17, 1994 in Port Orchard, WA. For whatever reason, Brian would not know who his father was until he was 18 at which time, he was able to meet him. The interesting thing about situations like that is what you learn about life from the things you have to figure out on your own. Brian and Misty had two children, Austin and Bailey, and Brian had determined that he was going to be there and be good at being a dad, no matter what. Brian coached Pee Wee football for about eight years, which is a huge commitment for any working dad, and he loved it. One of the kids he coached now plays for WSU and may be eligible for recruitment into the NFL next season. He was a diehard Guns ‘n’ Roses fan. He made sure to attend every Guns ‘n’ Roses concert ever held in the Pacific Northwest and even has a Guns ‘n’ Roses tattoo. His alternative music is a nice segue to the milder real of Country Music. He also enjoyed binge watching every episode of Seinfeld over, and over, and over again, just to make sure he got the quotes down... to include the inflections of the character that stated them. Hey, if you’re going to do a thing, at least do it right. He loved watching the Seahawks play and argued that if you lived in Seattle at any time in your life, you had to be a Seahawks fan. From 1976 and the Jack Patera Era and especially lately, they have created the greatest fan base in the NFL, and Brian was a true blue 12. He also enjoyed cooking and barbecuing and would always make free time for himself to catch a new movie at the local theater. Brian was an electrician beginning at Baker Electric in 1997 where he worked for ten years. He worked for other companies including Berg Electric where he worked his way up to project manager. He loved his job at Berg and all of the amazing friends he made there. He truly enjoyed going on work trips with them and always came back with great stories. He also enjoyed boating, wake boarding, camping, and family and friend gatherings. One of his great joys in life was teaching electrical classes at CITC (Construction Industry Training Council). He was always making jokes and always laughing. He loved to make others laugh and everyone loved to make him laugh. He was always the life of the party, but when he wasn’t at work or with his friends and family he would be in his office playing video games. Brian died on October 10, 2017 while at Franciscan Hospice in University Place from a form of brain cancer named Glioblastoma. The family would like to thank all of the care givers who worked hard to help them and Brian go through this very difficult time. He is survived by his loving wife of 23 years, Misty; son Austin Havens and daughter Bailey Havens (son-in-law Zack Martin); as well as his siblings, aunts, uncles and cousins, nieces and nephews. Brian’s Celebration of Life will be at Rill’s Life Tribute Center in Port Orchard, Saturday, October 21st at 1:00 pm with a reception immediately following.

Brian Daniel Havens was born in Longview, WA on November 18, 1974, one of six children having three brothers and two sisters. He met Misty, who would later become his wife, while they were in fifth grade together. They went to the same schools... View Obituary & Service Information

The family of Brian Daniel Havens created this Life Tributes page to make it easy to share your memories.

Brian Daniel Havens was born in Longview, WA on November 18,...