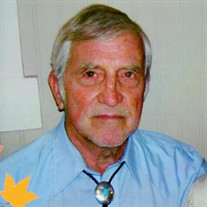 Carl Franklin Brashar was born August 12, 1932 in Siloam Springs, Arkansas to Archie and Betty (Rich) Brashar. When Carl was eight years old, he lost his father to TB. His mother remarried and added another sibling to Carl and his brother and two sisters. She then divorced the second husband a few years later. The family eventually moved to Oklahoma City where Carl went to school through the eleventh grade. After high school, he started a County and Western band called the Carl Brashar Band. He later served in the US Army as a photographer where he was call upon to capture on film everything from beauty to the battle scenes during the Korean War. Photography was one of his great loves. When he left the Army, he did an electrician apprenticeship at Tinker Air Force Base in OKC which paved the way for a highlight in his life and career. From that apprenticeship he was able to secure a job at Hughes Aircraft in CA, and went to work in the aerospace industry as head electrician, working on the Lunar Surveyor Program which paved the way for Apollo 11 and the first moon walk. The vehicles he helped build took surveys and samples of the surface of the moon which helped our understanding of what to expect later. He also worked on aircraft at Boeing and Puget Sound Naval Shipyard where he served as an electrician on ships in shop 51. While his life began in Arkansas, his jobs and military experience took him to Colorado, OK, Korea, CA, FL, and of course, the NW, landing finally in Puget Sound, Port Orchard, specifically. In his travels he met his first wife, Barbara, who was a neighbor in 1954, they married in 1955. Carl loved to dance and started a family dance club called K-County Line Dance Club. They performed in a variety of places all over the NW. He met his second wife, Kathleen Folger, though the dance club and they were married in 1990. Carl would tell his kids throughout their 31 years of marriage that Kathleen was his soul mate; he’d never been so happy nor felt so loved as he did with Kathleen. He said before he passed that their love was eternal. Among his favorite pastimes were celebrating birthdays and holidays with family and traveling on vacations. On April 7, 2022, after a long battle with Parkinsons, he passed away at St. Anthony’s in Gig Harbor, WA. He will be greatly missed by his family and those who knew and loved him. He is survived by his wife Kathleen, 6 Children, 10 Grandchildren, 22 Great-Grandchildren and several Brothers-In-Law and Sisters-In-Law. Services were held through Rill Chapel in Port Orchard, WA on April 12, 2022.

Carl Franklin Brashar was born August 12, 1932 in Siloam Springs, Arkansas to Archie and Betty (Rich) Brashar. When Carl was eight years old, he lost his father to TB. His mother remarried and added another sibling to Carl and his brother... View Obituary & Service Information

The family of Carl Franklin Brashar created this Life Tributes page to make it easy to share your memories.