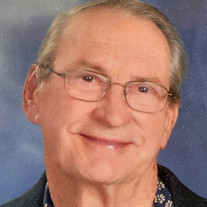 Charley was born on March 3, 1937 to Donna Jarvis and William Simmons in Greenville, SC. While Charley was growing up, the family lived in many interesting places including Puerto Rico and Hawaii because of his father’s work with the Soil Conservation Service. They finally settled in Spencer, WV where Charley, his brother Bill and sister Susan all graduated from Spencer High. Following high school, Charley attended West Virginia University for a year and then on to the Naval Academy, where he made many close friendships that were to last a lifetime. He graduated from the Naval Academy in 1960, and completed a course of study at Supply Corps School. Charley married Carol Eatman in 1961. Charley’s first tour of duty was aboard the USS SARSFIELD in the Caribbean. Following the Mercury Shot, the Sarsfield was stationed on standby off the coast of North Africa in the event the Mercury capsule and John Glenn splashed down in that area. The Mercury capsule, however, came down off the Florida Coast. Wife Carol and baby Christopher, their first and only child at that time, were fortunate to meet Mr. Glenn as he came ashore in Key West. During the next few years daughter Sheri and son Todd were born. Following submarine school Charley was assigned to commission the USS DANIEL BOONE, the first Polaris submarine in the Pacific. He was also a trailblazer in introducing Supply Corps Officers to the Submarine force. This position in the past had been assigned to the junior line officer. As the complexity of nuclear and ballistic missile submarines increased exponentially, the Supply Corps leadership selected some of its best to demonstrate to the submarine force community that they needed a different level of expertise to handle this job. The performance of these early Supply Corps officers, including Charley, proved the point and ultimately led to all submarines having Supply Corps officers assigned. Following this assignment Charly stayed in Hawaii on the SUBPAC staff as Chief Inspector, during which time he was able to spot a Whiskey Class Russian Submarine on the surface in the moonlight as Conning Officer. Charley was then posted to Washington D.C. as an officer detailer, where he detailed himself out to Naval Support Activity Saigon, Vietnam. Charley was selected to attend post graduate school Monterey for an MA in Computer Systems Management. The family loved living in beautiful Monterey, and were next posted to Naval Supply Corp Puget Sound. They were delighted to discover the beauty of the Pacific Northwest and to find out that contrary to popular belief, it does not rain all the time. The family enjoyed boating, salmon fishing and camping. Charley decided that when he retired from the Navy, he would make Kitsap County his home. Other duty posts included Mechanicsburg, PA and Pearl Harbor. When Charley was told he had to return to D.C., he exercised his option and retired in July 1981. During Charley’s service in the Navy he received many honors including Bronze Star Medal with Combat Distinguishing Device, Navy Unit Commendation, Navy Expeditionary Medal, National Defense Service Medal, Vietnam Service Medal, Republic of Vietnam Meritorious Unit Citation, Gallantry Cross Medal with Palm, and Republic of Vietnam Campaign medal with Device. Following retirement Charley returned to Bremerton where he joined Scott Wetzel Services (SWS), a workers’ compensation claim administration service for self-insured employers. He streamlined the services by automating their claims management system and was promoted to Vice President. He loved working at Scott Wetzel Services with Mr. Wetzel. His second love was the dream home he designed and had built on the water near Port Orchard. Charley was active in Bremerton Central Lions for many years. He began the tradition of the annual fall fund raiser, which was originally called the Seafood Banquet, and has raised hundreds of thousands of dollars for the Lion’s Foundation to invest in the local community. Charley married Barbara Razey, his second wife, in August 1992 and helped raise Barbara’s son Ian Andersen from the age of 12. What a wonderful stepfather! Charley and Barbara had many happy years together enjoying their blended family including son Christopher and his wife Jodi, grandsons Sean (Shelby) and Travis; daughter Sheri and her husband Steve Watson, grandson Ryan and granddaughter Heather; son Todd and his wife Elizabeth “Weeg,” granddaughter Avery and grandson Austin; and stepson Ian Andersen and his wife Cassandra “Cas”, granddaughter Goldberry and grandson August. Sons Chris and Todd delighted Charley by taking him with them on many exciting saltwater fishing trips and hunting in the mountains. Charley and Barbara spent many glorious summers boating in the Northwest and were fortunate enough to enjoy many world travels together. Charley succumbed on April 29, 2019 to a very rare and aggressive form of lymphoma while in the loving company of family at home. Please join us for a Celebration of Life at First Lutheran Community Church, 2483 Mitchell Rd SE, Port Orchard, WA 98366, on June 9 at 1:30pm. Donations may be made to: Bremerton Central Lions Charitable Foundation PO Box 707 Bremerton, WA 98337

Charley was born on March 3, 1937 to Donna Jarvis and William Simmons in Greenville, SC. While Charley was growing up, the family lived in many interesting places including Puerto Rico and Hawaii because of his father&#8217;s work with the... View Obituary & Service Information

The family of Charles Jackson Simmons created this Life Tributes page to make it easy to share your memories.