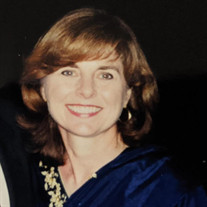 Charlotte (Porter) Flynn: Life is Good! Charlotte Porter was born in Fort Bragg, NC, on June 22, 1951, and at the age of 3 months moved with her family to Frankfurt, Germany. After three years, the family moved to California, where they lived at the Presidio in San Francisco, as well as southern California for most of her elementary school years. She spoke often of her many fond memories of playing (outdoors) in California with her siblings (Pat, David, Mark and Phil) and her friends. When Charlotte’s father retired from the Army, they moved to Austin, Texas in 1963. She attended Pearce Junior High and Reagan High School, and after high school she attended the University of Texas, where she graduated with a degree in Education in 1973. Charlotte and Bob were married September 2, 1973, and moved to Missoula, MT. Charlotte truly found her life’s passion as an Educator. She taught one year in Missoula, MT, two years on the Navajo Reservation near Flagstaff, AZ, seven years in Roseburg, OR (while earning her Master’s degree from U. of Oregon) and was an elementary classroom teacher from 1989-2008 at Mullenix Elementary in Port Orchard, WA. In seeking new ways to develop her skills, she became only the second teacher in her school district to achieve National Board Certification in 2003, and spent the next five years acting as a facilitator/mentor for other teachers working for National Board Certification. After many years of experience in the classroom, Charlotte decided to take on a new challenge, and began pursuing a career path as a school administrator (what some of her teaching colleagues referred to as “going over to the dark side”). Charlotte was head teacher at East Port Orchard Elementary in 2008-2010, and earned her Washington State Principal’s Certification in 2010. From 2010-2013 she was Assistant Principal at Sidney Glen Elementary and in 2013 became Principal at Olalla Elementary, a job she loved that was a fitting cap to her education career. Charlotte’s achievements in the classroom were honored a number of times, including winning the Rotary Kid’s Choice Award four times. A highlight of her career was being a Japan Fulbright Memorial Fund Teacher Scholar in the summer of 2007, an experience she shared with hundreds of students and a number of education and civic groups in the Port Orchard community. After her first diagnosis with cancer in September 2014, she continued to alternate working as Principal at Olalla with medical leave until her retirement in summer of 2016. {Note from Bob: Over many years, I listened to countless stories of Charlotte’s meetings/discussions about children with parents, teaching colleagues and administrators. Without exception, Charlotte was always able to look past any disagreements or personal feelings, and was able to bring the discussion back to focus on “What is best for the child?” Her guiding purpose was always on doing whatever it took, and enlisting others to help, on assisting each child to achieve their best potential. Charlotte’s own ego, and that of other adults involved in the process was secondary to the needs of the child. Charlotte consistently focused on the positive aspects of life, and I believe this certainly enhanced her impact as an educator as she always seemed to be able to find the best to highlight in even the unruliest children.} Without question, Charlotte’s favorite activities centered on being out in nature, whether hiking in the mountains, rafting rivers or just walking in our neighborhood along the water. Her favorite all-time vacation was our 15-day rafting trip down the Grand Canyon with our kids Conor and Caitlin when they were teenagers. In 2008 we moved into our new house with Puget Sound just yards from our back door, and not a day passed where Charlotte didn’t give thanks for the beautiful scenery, active wildlife and changing weather patterns visible from much of our house. Charlotte also loved reading, and especially after her retirement, her two book clubs and the many books she devoured gave her great joy. She also was an ardent fan of live theater, and we attended countless shows in Seattle, Ashland and the occasional big production in New York, London, etc. Charlotte took great pleasure in the fact that both Conor and Caitlin were lucky enough to find just the right life partners (Ali and Nick, respectively) that have been a terrific addition to our family. She rejoiced in having grandsons Cole (7) and James (nearly 5) close by, and loved spending time with them baking pies, reading books, or just watching their lively play. Again, Charlotte was continually thankful for her family’s good health and happiness. Charlotte’s family and friends remember her as being consistently positive about life and her relationships with other people. Bob remembers, over their five decades together, that Charlotte was constantly drawing his attention to the small joys in nature, not just large-scale obvious beauty in the landscape or cloud formations, but uncountable small things like the twist of a snail shell, small flowers hiding along a forest path, the way the sun glistened off dewdrops on a Japanese maple tree or on snow when we were snow-shoeing, a particularly striking shade of color in a painting, etc. These memories date back even before they were together, when Charlotte in high school told him that “you know even a lot of weeds have beautiful flowers.” Charlotte was loved by and will be missed by friends and family because she was always drawn to the positive aspects of life, and the power of love. Her favorite shirt was a “Life is Good” shirt she bought on a hiking trip in Zion National Park; she wore that shirt, and others from the same company many, many times, with the Zion shirt actually reaching the “threadbare” stage, something never seen in Charlotte’s wardrobe. In her final days, we split that shirt up the back and she wore it as a dressing gown as she passed from this world. “Life is Good” was a nice, concise summary of her attitude towards the universe and our place in it!

Charlotte (Porter) Flynn: Life is Good! Charlotte Porter was born in Fort Bragg, NC, on June 22, 1951, and at the age of 3 months moved with her family to Frankfurt, Germany. After three years, the family moved to California, where they lived... View Obituary & Service Information

The family of Charlotte Ann Flynn created this Life Tributes page to make it easy to share your memories.