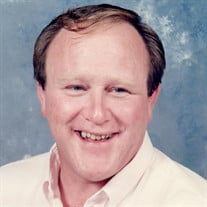 Cliff Stevens passed over on 07.30.2019 in Bremerton, WA where he and his wife/soul mate, Anne, had spent their 34 years owning a residence and spending time and traveling for employment and/or business in Alaska, Wyoming, Colorado, Oregon,... View Obituary & Service Information

The family of Clifford Stevens created this Life Tributes page to make it easy to share your memories.