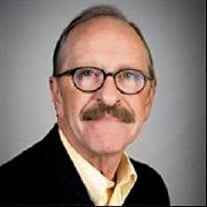 Courtney Smith, a resident of Allyn, Washington, and beloved husband, father and grandfather, passed away on May 22, 2017, with his family by his side. He died peacefully after a courageous battle against lung cancer. He was born on October 13, 1949, in Detroit, Michigan to the late Walter and Evelyn (nee McNutt) Smith. Courtney was a graduate of Cass Technical High School and received his MBA from Central Michigan University. After college, he was a Respiratory Care Therapist at St. Joe's Hospital in Mt. Clemens, Michigan, where he met his future wife, Deborah Coutts. On August 10, 1979, they were united in marriage, and following they enjoyed a memorable honeymoon in St. John, Virgin Islands. In 1992, Courtney and his family moved to Virginia. Over the course of eighteen years, he worked at Richmond Memorial Hospital, Shenandoah Memorial Hospital, Shenandoah University and Premier Healthcare, where he cultivated many lifelong personal and professional relationships. In 2016, he retired from Premier and led an adventurous move across the country with Deborah to Washington to be near his daughter, son-in-law and two beloved young grandchildren. They moved to the golf community at Lakeland Village and relished their roles as newly minted grandparents. A lifetime handyman, Courtney proudly fixed-up his new home. As a young man, Courtney enjoyed racing his Camaro on a local dirt track near Detroit. Later in life, his favorite hobbies included golf and restoring his 1969 Corvette while listening to Motown music. He was enthusiastic about his daughter’s athletic adventures, coaching and supporting her throughout his lifetime. He was an avid sports fan, cheering on University of Michigan football, Detroit Red Wings, Detroit Lions and Detroit Tigers. He was a thoughtful and enthusiastic gift giver; he loved to surprise his family members with unique and special presents. Courtney and Deborah raised one daughter, Lindsay, who survives him, with husband Nick Ferrer of Seattle. His enduring legacy carries onto the next generation of two grandchildren, Ines and Mabel Ferrer. He will be missed by his brother Fielding Smith and wife Dinah of Hamburg, Michigan, Randel Smith and wife Jill of Sterling Heights, Michigan, and Loreen Hardyniec and husband Bruce of Hancock, Michigan, and many nieces and nephews. A Funeral Mass will be held at St. Gabriel’s Catholic Church in Port Orchard, Washington, on Friday, June 2 at 11:00 am. In lieu of flowers the family has requested that contributions be sent to St. Jude Children’s Hospital, https://www.stjude.org/.

Courtney Smith, a resident of Allyn, Washington, and beloved husband, father and grandfather, passed away on May 22, 2017, with his family by his side. He died peacefully after a courageous battle against lung cancer. He was born on October... View Obituary & Service Information

The family of Courtney R. Smith created this Life Tributes page to make it easy to share your memories.

Courtney Smith, a resident of Allyn, Washington, and beloved...