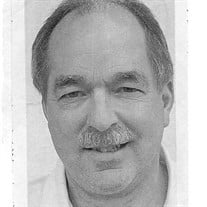 Craig “Cragar” Haugen, 65, of Port Orchard passed away July 19, 2020 in Quilcene, WA. He was born at Harrison Memorial Hospital in Bremerton, WA on October 7, 1954. He grew up in Manette and graduated from East High in 1972. He began his firefighting career with DNR and was also a volunteer firefighter with Mason County fire department before being hired by South Kitsap Fire and Rescue in 1981. He became the first career Lieutenant for South Kitsap Fire. After 23 years with South Kitsap, he left in 2005 to become Fire Marshal for Mason County until he retired in 2011. He married his wife, Tammy, in 1984. Craig’s favorite past times were NASCAR or any kind of racing, motorcycles, music (listening to local live bands) and socializing with anyone and everyone. He was preceded in death by his father, Jarvis Haugen. He is survived by his Mother, Carol (Haugen) Kruse and step-Father Robert Kruse, his sister and brother-in-law Sheri and Joey Vigil. He is also survived by his wife, Tammy, and two children, son, Shawn and daughter Tiffany (and son in law, Chris) along with two grandsons: Brandon and Cameron, as well as, numerous cousins, nieces and nephews. In Lieu of flowers, Craig would say “save your Money.” A celebration of life is planned for a later date, approximately a year from now.

The family of Craig Jarvis Haugen created this Life Tributes page to make it easy to share your memories.