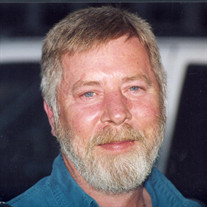 Daniel Joseph Ostler was born June 25, 1955 to Norman L. and Mabel H. (Bragg) Ostler in Frankfort, Indiana. He was a good man and a good husband and dearly loved by his wife Kathy. Daniel graduated from Frankfurt Senior High School in 1973. He joined the United States military, Army Corps of Engineers in August of 1975 and was honorably discharged in August of 1978. He and Kathy were together a total of forty-five years. They were married September 30, 1977 and celebrated their forty-third anniversary this past September 30th. They were great years spent together, always bests friends. Their first decade or so was highly active. They backpacked all over the Cascade and Olympic Mountain ranges from April through October, rarely missing a weekend. During the winter months from November through March they were avid skiers at Crystal Mountain. They rarely missed a week and especially loved discount Tuesdays. They also had many great times with best friends Lee and Jean. At some point during the second and third decade, they took up motorcycles. During the Summers they rode street bikes. They both had Honda 500 Shadows. During the Winter months they switched to ORV bikes (off road vehicles). They loved riding the trails on their Honda 200 XR’s. Those years were still interspersed with some hiking and skiing, with Lee and Jean still by our sides. By the time they got to their fourth and fifth decades they started spending time together with Lee and Jean at their cabin on the Tahuya River. The foursome started spending most of their weekends there. Those times were so good Danny and Kathy decided to purchase land on the Tahuya as well. In 1994, they acquired 42 acres on the Tahuya with the river running through the middle of the tract for half a mile. Danny designed and built their cabin in the woods with their friends helping them all the way. They had many good times on the river surrounded by family and friends. Their fifth and last decade together seemed like it just got started. They slowed down quite a bit and spent much more time at home because they both liked it there. Danny took up flying radio-controlled helicopters. He really enjoyed flying them and became quite good at it. He and Kathy had a great life together and were rarely apart from each other. He passed away November 5th at Tacoma General Hospital and will be greatly missed most of all by his loving wife Kathy. He is survived by his wife Kathy and her family; Mother Helen and brother David and their family; and by his many friends who are his and Kathy’s extended family. He was loved by all and will be greatly missed.

Daniel Joseph Ostler was born June 25, 1955 to Norman L. and Mabel H. (Bragg) Ostler in Frankfort, Indiana. He was a good man and a good husband and dearly loved by his wife Kathy. Daniel graduated from Frankfurt Senior High School in 1973.... View Obituary & Service Information

The family of Daniel Joseph Ostler created this Life Tributes page to make it easy to share your memories.