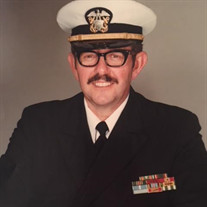 Life Story of David G. Bates David Gayle Bates was born in 1935 at Homer, Champaign, Illinois to John Matthias Bates and Madge Alean Creighton. His father died when Dave was just a wee lad. His mother remarried and moved to California. David has 2 brothers, Richard and Dennis Creighton, who reside in California. David attended schools in California from kindergarten through the 11th grade. He quit school and joined US Navy when he turned 17 years old. He went into the Navy as a Seaman Recruit and 30 years later retired at the rank of Lieutenant Commander. Dave met Vernetta Young while in Nuclear Power Training in Idaho at the Westinghouse Site in the desert in Arco, Idaho. Vernetta lived in Pocatello and worked as a secretary at Westinghouse. They met at a Navy/Westinghouse Dance in Idaho Falls in May 1957 and were engaged in June of that same year. Dave was baptized a member of the Church of Jesus Christ of Latter-day Saints on June 6, 1957 and he and Vernetta were married in the Idaho Falls Temple June 0f 1958. In 2008 Dave and Vernetta celebrated 50 years of marriage with all their immediate family together for the occasion. They would have celebrated 60 years of marriage this June, but as their son, John declared at his father’s bedside, “You are married for eternity.” Dave & Vernetta went to Newport News, Virginia from 1959 – 1962 where Dave became a “Plank Owner” (member of the original crew) of the USS Enterprise. While in Newport News, Loreda Gayle was born (1960). Dave was reassigned to instruct trainees on the prototype of the Enterprise at Arco, Idaho from 1962-1965. He was then reassigned to the Enterprise at Newport News, Virginia. The Enterprise moved to Alameda, California so Dave moved the family to California where John David was born in 1965. Dave, however did not make it to California from Newport News as the Enterprise was deployed to Vietnam. He didn’t meet his #1 son, in person, until John was 9 months old when the Enterprise came home to Alameda, California. He was with the Enterprise home based in Alameda, California and made annual sea deployments during the Vietnam War and while he was at sea the family moved from California to Idaho and back several times. In 1973 he was assigned to Holy Loch, Scotland where we were blessed with another son, Iain David Patrick, was born in 1974. While in Scotland the family had the opportunity to visit many places in Great Britain and Europe. 1975 found Dave, Vernetta and family in Charleston, South Carolina where he was blessed with #3 son, Jared Davern. While in Charleston, Dave was called as Bishop of the, newly organized, Hannahan Ward of the Church of Jesus Christ of Latter-day Saints. He and his counselors made many trips to the Washington D.C Temple. From Charleston, South Carolina he was assigned back to Newport News, Virginia (1979-1980). In 1968, while in Alameda, California the Enterprise came to Bremerton, Washington for routine overhaul at the Puget Sound Naval Shipyard. Dave and Vernetta and the 2 children, Lory & John, traveled on the Enterprise with their car & tent trailer and other crew members and their families from Alameda, California. We camped at the Belfair State Park for 2 weeks and received a traditional warm and WET welcome. We loved it! After our visit to Bremerton, Dave selected Bremerton for his choice of duty station every time he was eligible for transfer and after 12 years he finally arrived at the Bangor Submarine Base, Silverdale, Washington. Election Day 1980. The Bates Family put down roots in Bremerton, Washington where David retired from the US Navy with 30 years of service. He then went to work at the Puget Sound Naval Shipyard for another 25 years of service retiring in 2007. It seems good things happen in Bremerton - #4 son, Joseph Ernest was born here in 1981. Dave loved fishing, hunting, and baseball. He was an Oakland A’s fan from the first game they played, and he loved the Mariners. He took the family camping, fishing, to the ball games and just about every state park he could find. He also enjoyed classical music with a love all things Beethoven, and Handel’s “Water Music”. The last few weeks he enjoyed studying Spanish lessons on his IPad and was becoming quite conversational. He had a desire to learn to play the banjo (never got really good at it). He took voice lessons and had a great tenor voice and loved to sing. He was ever present with the church choirs. While in Charleston, SC the Charleston Stake of the Church of Jesus Christ of Latter-day Saints performed the musical production, “Saturday’s Warrior” at a Tri-Stake Youth Conference and the for the general public in Charleston with President Boyd K. Packer in attendance. Dave played the part of Mr. Flinders, the Dad. He also sang with a Barbershop Quartet while in Charleston, SC as well as in Bremerton, Washington. Dave & Vernetta were blessed with 5 children, Loreda, husband, Jeff Shoup, John, Iain, Jared, wife Natalie Benevedis, Joe, wife Carrie Gleason, 6 grandchildren, Joshua Shoup, Ashleigh Bauer Aubrianna Mandisodza, Solie Bates, Kellson Arthurs, & Eoin Bates, and 18 great grandchildren. He was an all-around Super husband, father, grandfather, great grandfather, and In 2008 Dave and Vernetta celebrated 50 years of marriage with all our immediate family together for the occasion. Uncle. He was a Great Man and was loved by many.

The family of David Gayle Bates created this Life Tributes page to make it easy to share your memories.