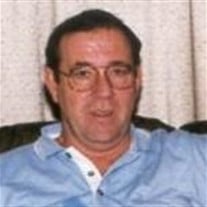 It did not take much to make David happy. He was a simple person who led a simple life, yet not an easy one. He loved his family (including the 4 legged fury ones), friends, his love of sports and a steering wheel. He was happiest being with, loving and helping those he cared about so much. I’m not sure David ever met a stranger, just a new friend. He was never one for pomp and circumstance and didn’t really understand why anyone else ever would be. Organized religion was overrated, but it’s principle of living a life of love was not. Be it an injured animal, a stranger in need or a beloved family member, he was happiest when he could help. David was full of life and loved to tell stories to make people laugh. Many, while not politically correct, were never meant with any unkindness, just a part of his nature to make people laugh. But his calling was to “help” everyone and every animal that crossed his path. He was never without a dog, usually more than one at a time. He declared himself protector and helper to all he was able. In his younger years, camping, fishing, golfing, and sports of all kinds were his recreation. Telling his stories around the family campfire was one of his times to shine. As he aged, there wasn’t a sports event on TV that David didn’t know was on. Phone calls with family and friends about the latest sports team debacle (along with coaching tips on how it could have been avoided) or to celebrate were regular events. David was always the family and friends transportation service. From doctor appointments, helping move friends RV’s (backing them in places nobody else could make them fit), to moving a family home from across the United States is what he loved doing best. Loving family with a steering wheel in his hands….life didn’t get any better than that. He was taken so fast and unexpected that many of us have so much we would like to say. You see David was the kind of person who was always there when you needed him. From the smallest to the largest of needs you could count on him. His family is suffering not only from the loss of our dear brother, husband and friend but with what to do without him in our day to day lives. Watching the Mariners will never be the same…family will be waiting for their phone to ring to hear David’s voice asking “can you believe this” followed by what should have been done. David has joined his mom, dad and brother, Bill way before those of us left here were ready. It is only fitting that just 2 short hours before you were taken from us, you were talking to Donnie about appointments and making sure you could be there for her, talking golf and the Mariners. She was your very special person in his life and you were hers. Her heart has a hole that will never be filled. RIP our husband, father, brother, uncle, grandpa and friend…until we meet again. Take care of our fur babies in heaven.

It did not take much to make David happy. He was a simple person who led a simple life, yet not an easy one. He loved his family (including the 4 legged fury ones), friends, his love of sports and a steering wheel. He was happiest being... View Obituary & Service Information

The family of David Alan Dodeward created this Life Tributes page to make it easy to share your memories.

It did not take much to make David happy. He was a simple person...