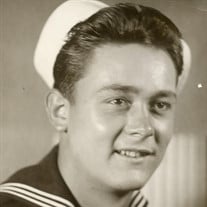 “I was born in a coal mine in Colorado.” Not one to exaggerate, Reese may have been. It was that old salt of the earth strength that described him well. His thick black hair had turned grey, but his strong stature reflected a lifetime of hard labor. I don’t know if he had ever been to a hospital, even on the day he was born. Reese ignored any medical recommendations he received. Not that there was anything wrong with him, but if there was, he didn’t want to know. I’m not sure Reese had the ability to whisper, but that was the only talent he seemed to be without. In a different generation, or from different circumstances, he would have been a great artist, probably a sculptor, but as it happened, his fate rested with the Greatest Generation, and all the responsibility assigned to their time. Still to me, I saw him as an artist and a definitive craftsman of the past. His hands had touched many lives, but his signature was nowhere. Reese’s massive left hand was framed at the wrist with an anchor tattoo. The ink was blurring, but you could still make it out. He said it had something to do with some right of passage during WWII and I never inquired beyond. What seemed a little strange was his naval occupation as a seamstress. But I suppose he liked to work with his hands, and he had made a lifelong career of it. Reese volunteered for the Navy and ended up at Bikini Island, where the United States tested a nuclear bomb before dropping it on Hiroshima and Nagasaki Japan. He said it was easy duty. A lot of waiting around for this new secret weapon to be tested. “Rumor was it was a special weapon that would blow up the whole island with just one bomb. We all found it hard to believe, but we were there to help clean the islands inhabitants off. Waiting around on watch, I would drop a fishing line off the back of the boat and anything caught would cook up in the galley. Watch was a little boring, so I learned to play the mouth organ while waiting for a fish to strike.” By which he meant the harmonica. “The day came to test the bomb and we pulled the ship farther off shore. We were told not to look at the explosion because it could blind us. Afterwards we were told not to fish anymore, but I still did, pulling them up the side of the boat and cooking them in the galley.” “After the war, I moved to Oakland to work construction on projects like the Transamerica Insurance building in San Francisco. Eventually I moved up to Portland which is where we met in 1988.” Reese had taught me many things about doing the job right, and working smarter, not harder, ideals I have tried to maintain when I embark on any new project. “You, know, I’ve been thinking about that project you have going on over there on Albina,” (the Falcon). His voice was loud and projected, like an opera singer, only rougher, deeper and not so melodic. “Yea?” “The best way to replace the cornice is like so,” and he drew me a diagram. It was the norm for him to come up with simple solutions to difficult problems. He had worked construction as his first job out of the Navy, and he knew the old ways of doing things; a talent lost to younger men. I had seen Reese whistling and talking to himself as he accomplished the most difficult tasks. But to him it was second nature, simple, like percolating a pot of coffee. His carpentry skills could easily be described as graceful, and it was beautiful to watch him work. His first job remained his only job, and at 74 he hadn’t stopped. He liked to tell me that he was never going to quit working, and I knew he was right. He was fiercely independent, bordering on obstinate, and as he said, “I always paid my own freight; No one gave me a free ride.” And if anyone had offered, he would have declined. He had ability, and was a proud man. I really liked and respected Reese’s rough honesty; something that came from a long career of speaking his mind, and acting with integrity, regardless of consequences. “If you don’t want anything from anyone, then you say it like it is.” Brian Wannamaker

&#8220;I was born in a coal mine in Colorado.&#8221; Not one to exaggerate, Reese may have been. It was that old salt of the earth strength that described him well. His thick black hair had turned grey, but his strong stature reflected a lifetime... View Obituary & Service Information

The family of David F Reese created this Life Tributes page to make it easy to share your memories.

“I was born in a coal mine in Colorado.” Not one to exaggerate,...