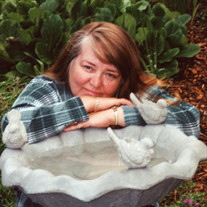 Dee Dee was born in Hibbing, Minnesota to Frank and Arlene Smith on August 18, 1955. She was number 5 of 7 children. When she was 5, the family moved from northern Minnesota to Bremerton, Washington. In her younger years, Dee Dee was involved in Girl Scouts, Sea Scouts, Community Theater, and her church’s choir and youth group, as well as Rainbow for Girls, where she progressed to Worthy Advisor. Graduating in 1973, she briefly attended Olympic College before marrying and moving to Charleston, South Carolina where her first husband was stationed in the Navy. In May of 1976, she fulfilled a lifetime dream of motherhood with the birth of her daughter Christina. After a brief time living in Minnesota, Dee Dee returned to her beloved Western Washington where she remained for the rest of her life. She travelled the country for 6 years in her time as Owner/Operator of D&D Trucking. In 1981, she discovered her true calling as a Washington State Corrections Officer. During the next 12 years, she was an integral part of the team at Clallam Bay Correctional Center, where she obtained the rank of Lieutenant. In 1998, she transferred to Washington Correction Center for Women as a part of her move to Port Orchard. On March 31st, 1999, she married the love of her life, Gary Leigh Wernet, in a Once in A Blue Moon ceremony. Serving as Lieutenant and Captain while at WSCCW, Dee Dee was sorely missed following her retirement in 2007. Although retired, Dee Dee remained connected to the corrections family through her participation in the Correctional Peace Officers Foundation. Despite health issues, Dee Dee and Gary enjoyed a full life together. Multiple trips to visit Iowa and Minnesota and countless gatherings at their home with friends and family, notably for birthdays, Easter and Christmas. Dee Dee is survived by her husband Gary, daughter Christy (Pete) Reicher, step-daughter Mardell (Dave) Blevins, and step-sons Mike (Melissa) and Todd (Cindy) Wernet, brothers Steve, Ted, Frank, Gary, Rich and sister Shirley Smith, 10 grandchildren, 1 great-granddaughter, and friends too numerous to count.

Dee Dee was born in Hibbing, Minnesota to Frank and Arlene Smith on August 18, 1955. She was number 5 of 7 children. When she was 5, the family moved from northern Minnesota to Bremerton, Washington. In her younger years, Dee Dee was involved... View Obituary & Service Information

The family of Delores "Dee Dee" Eliza Wernet created this Life Tributes page to make it easy to share your memories.

Dee Dee was born in Hibbing, Minnesota to Frank and Arlene Smith...