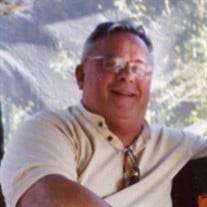 Donald Holger Erickson, 80, passed away September 23, 2020 in Bremerton, Washington. Donald was born on February 28, 1940 in Seattle, WA. He was the only child to Holger and Mabel (Swanson) Erickson. As a child he moved to Vashon Island. He graduated from Vashon High School class of 1958. After graduation he enlisted in the U. S. Coast Guard and served on the USCGC Yocona in Astoria, Oregon. While stationed in Oregon, he married his high school sweetheart, they had two kids and after 10 years of marriage they divorced. Don got out of the Coast Guard and moved to Seattle, WA. In Seattle he worked for his cousin Erick, building homes. While working he completed a four year apprenticeship program and joined the Carpenter’s Union 1797. For 33 years he worked in various jobs as a carpenter. In 1969 he moved to Bremerton to work as a foreman on the JC Penny building. He was briefly married and had another daughter. Don continued to work on various jobs including schools and hospitals all over Washington and Alaska. In the 1970’s Don joined the Pile Driver’s Union and worked on the Port Orchard Marina. Don was also a certified diver. Don had various hobbies and interests including wood working, making things around the house and in his younger years he really enjoyed fishing, boating and diving. Don was a big fan of the Seattle Seahawks. In 1989 Don married Gloria Petty and lived in Port Orchard. They were married until his death. While in Port Orchard, Don continued working his trade; eventually he retired in the mid 90’s. Don is survived by his wife Gloria; daughter Sabrina Holmes (Mark) of Salem, OR, son Micah (Chris) of Salem, OR, daughter Dawn of Silverdale, WA and step-daughter Jackie of Port Orchard, WA; grandchildren Sarah, Alisha, Brandon, Wesley, Mckenzie, Cassidy, Christa, and Brittany; great-grandchildren Ellie, Donavan, Adalynn, Colton, Alula, Atticus, and Stevie. Don was an inspiration to all who knew him and was truly loved by all. He will be missed by all. His favorite song to sing to his grandkids was… “Swinging on the outhouse door in just her T-Shirt.”

Donald Holger Erickson, 80, passed away September 23, 2020 in Bremerton, Washington. Donald was born on February 28, 1940 in Seattle, WA. He was the only child to Holger and Mabel (Swanson) Erickson. As a child he moved to Vashon Island. He... View Obituary & Service Information

The family of Donald Holger Erickson created this Life Tributes page to make it easy to share your memories.