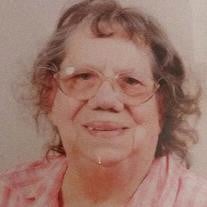 In loving memory of Donna M. Beesley Donna M. Beesley passed away on February 28, 2019 in Port Orchard, Washington. She was born July 16, 1935 in Oakland, California. Donna is the oldest of four children. She is survived by her sister Joann... View Obituary & Service Information

The family of Donna Marie Beesley created this Life Tributes page to make it easy to share your memories.