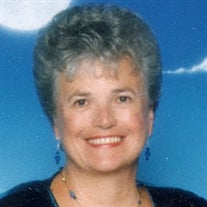 Donna Fay Harty was born August 3, 1938 to her parents Hewitt Oliver “Hoop” and Mamie Lucile (Graham) Robinson, in Missoula, Montana. They moved to Port Orchard Washington in 1941, where she grew up. She graduated from South Kitsap High School in 1956. After graduation she found a lifelong love for boating and the water with her future husband. In 1958 she married Richard W. Harty Sr. They raised their four children in the Port Orchard area. She was a Vice President of Kitsap Bank 25+ years where she retired in 2000. She was a volunteer with Port Orchard Soroptimist, a Vice President of PO Merchant Association and an active member of the Port Orchard Yacht Club for many years. Donna loved boating, camping, ocean trips and later in life traveling with close friends and introducing her children and grandchildren to the love of travel. Her greatest joy was spending time with her grandchildren and in later years her great grandchildren. Her husband and parents preceded her in death. She is survived by her 3 siblings, Betty Mishko, Cora Manning both of Port Orchard, WA and Jack Robinson of Powell River, BC. Her four children, Rick (Monica) Harty, Ron (Susan) Harty, Jerilyn (Tom) Hardy and Janis (Steve) Ehlert all of Port Orchard, WA. She is also survived by eleven grandchildren, Jessica Harty, Jennifer (Scott) Brooks, Christopher (Baylee) Harty, Heather (Shane) Masko, Ryan Harty, Jeremy Hardy, Crysta Hardy, Jaime Hardy, Jacob (Kayla) Ehlert, Nicholas (Kaitlyn) Ehlert and Cory (Annie) Ehlert, 16 great-grandchildren and 16 nieces and nephews. A Celebration of Life Service will be held at 3:00 p.m., Saturday, June 30, 2018 at the Family Worship Center, 4647 Sidney Rd, Port Orchard, Washington 98367 (located in across the street from SidneyGlen Elementary). The family requests that in lieu of flowers that donations be made to the Family Worship Center Kids Camp in memory of Donna F. Harty.

Donna Fay Harty was born August 3, 1938 to her parents Hewitt Oliver &#8220;Hoop&#8221; and Mamie Lucile (Graham) Robinson, in Missoula, Montana. They moved to Port Orchard Washington in 1941, where she grew up. She graduated from South Kitsap... View Obituary & Service Information

The family of Donna Harty created this Life Tributes page to make it easy to share your memories.