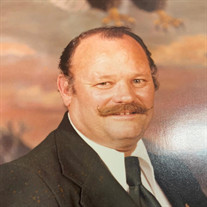 Frederick L. Klooz, 82, of 4528 SE Basswood Lane, Port Orchard, died on 9/22/20, at home, following a period of declining health. Born September 24th, 1937 in Burlington, CO. He was the son of the late Clarence F Klooz and Ruby Jane Haas Klooz Andrews. Fred lived in the Port Orchard area most of his life. He retired from the U.S. Navy after 20 years of service, obtaining the rank of Chief Petty Officer 1st Class. He subsequently relocated to Kitsap county and began employment at the Puget Sound Naval Shipyard, 1975, retiring from there in 1993. He was a member of the Port Orchard Fraternal Order of Eagles Lodge #2338. He was a Past President and was active in the Rambling Eagles Camp Club. He was also a member of the AARP. You could always find Fred eating breakfast at That One Place or at Uncle Dave’s or on Tuesdays for coffee at The Eagle’s Hall. Mr. Klooz was married to the former Wilma Darlene Evig on May 17th, 1962. She preceded him in death on May 7th, 2000. He was then married to the former Carolyn Kamealani Harrison on April 17th, 2003 and she preceded him in death on February 1st, 2013. Surviving are his daughters, Della Deybarrondo of Palmdale, CA, Tina Winn of Lebo, KS, and his son John of Woodbridge, VA, six grandchildren, ten great grandchildren, one great-great grandchild and his faithful dog, Buddy. A special thank you to his neighbors of many years (Don and Linda, Trent and Marge). Mr. Klooz was the last surviving member of his immediate family. In addition to his parents and wives, he was preceded in death by a daughter, Debra Klooz Klope and granddaughter, Jasmine Winn. There will be no visitation or services. A memorial service will be scheduled at a later time. -In Lieu of flowers, the family suggests memorials be made to the P.O. F.O.E. Aerie #2338.

The family of Frederick L Klooz created this Life Tributes page to make it easy to share your memories.