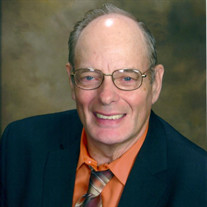 Gary Michael Pepper went home to be with his Lord and Savior on Monday, June 21, 2021 in Port Orchard, Washington at the age of 79. Mr. Pepper had been a patient suffer of Alzheimer’s for the past few years and was a resident at the Washington Veterans Home in Port Orchard. Gary was born on September 17, 1941 in Portland, Oregon to Roy & Helen (Burg) Pepper, the 3rd oldest of 5 boys. The Pepper family moved to Auburn, Washington in 1944. After graduation Federal Way High School in June 1961, Gary enlisted in the United States Navy in October 1961 where he was a Boiler Technician serving aboard USS Midway, USS Ranger, USS Hancock and USS Kansas City as all 4 ships were homeported in Alameda, California. He enjoyed shore duty assignments at Naval Support Activity Seattle and Naval Inactive Ships Maintenance Facility Bremerton. Petty Officer Pepper retired after 20 years of active duty Naval service in October 1981. He was a Gate Guard at Puget Sound Naval Shipyard and Naval Base Kitsap for 22 years and then served 3 years in the Military Sealift Command aboard USNS Mercy, USNS Kiska and USNS Mount Baker. In 2007, Gary worked at Naval Base Kitsap Base for Peninsula Services in the Ground Maintenance department. Mr. Pepper married Roberta J. Wallace in November 1969 in Reno, Nevada and were married for nearly 30 years until her passing in August 1999. The family moved to Bremerton in 1978. Mr. Pepper remained a resident in Kitsap County for the next 43 years. In March 2001, Mr. Pepper married Wendy Christiansen and they recently celebrated their 20th anniversary. Mr. Pepper is survived by his wife Wendy of Port Orchard, his three brothers and four sisters-in-law; Scott of Auburn, WA; Dan & Carol of Vancouver, WA; and Ron & Sharon of Selah, WA; Kathy Pepper of Fife, WA and Judy Pepper of Anacortes, WA; one daughter and son-in-law Janelle & Chris Dixon of Silverdale, WA; six Grandchildren; Jeanne & Chris Broxton of Poulsbo, WA; Michael Dixon of Jerseyville, IL; Mikayla & Brandon Henderson, Carissa Dixon, Zaccariah Dixon and Jakob Dixon all of Silverdale, WA; and four Great Grandchildren. Also, multiple step-sons and a step-daughter and many Step-Grandchildren and Step-Great, Grandchildren and several nieces and nephews. Mr. Pepper was preceded in death by his parents Roy & Helen Pepper, his brother Randy, his wife Roberta, adopted sons Edward Pepper and James Pepper, Step-Granddaughter Danielle Hollis and Great, Granddaughter Sadie Henderson. A memorial service will be held on Saturday, July 10th at 2 pm at Westside Baptist Church, 5501 Werner Road, Bremerton, Washington.

Gary Michael Pepper went home to be with his Lord and Savior on Monday, June 21, 2021 in Port Orchard, Washington at the age of 79. Mr. Pepper had been a patient suffer of Alzheimer&#8217;s for the past few years and was a resident at the Washington... View Obituary & Service Information

The family of Gary Michael Pepper created this Life Tributes page to make it easy to share your memories.

Gary Michael Pepper went home to be with his Lord and Savior...