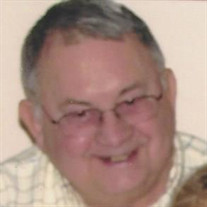 Gerald (Jerry) Dale Brummond was born to Wayne and Phyllis (Powell) Brummond on June 29, 1941 in Gig Harbor, Washington. He was about one month early and weighed around 4 pounds when they took him home where he slept in a shoebox. He joined his sisters, Beryl and Charlotte. Bruce, his baby brother, joined the family a couple of years later. He loved to tell people that his home for the last 33 years was about three miles from where he grew up as the crow flies. He cherished the friends and the fun they all had from his childhood years. Growing up in that era, Gerald loved spending time outdoors. Whether playing in the woods or fishing with his dad at Pillar Point, he reveled in the time spent in fresh air. Fishing was definitely a theme throughout Gerald’s life – he always had a boat (or three!) and was simply happiest when out on the water. As a young man, Gerald became involved in car racing. He loved wrenching on cars and drove stock, drag and destruction derby cars. He spent a lot of time with his “car” friends and from his stories, they always managed to have a good time. Dancing at the Belfair Barn and other local hangouts was something he loved to talk about. Gerald was a five year member of the Army National Guard, starting his career of serving his country. When the shipyard called and offered him a job, he left Boeing and went to work as a sandblaster. He soon figured out that wasn’t his calling and went into Shop 38 as a Marine Machinist. He married Jane Bozick and they had a son, Ryan, in 1970. They lived in and around Manchester for several years and Gerald became involved with training field trial dogs. Gerald and Jane divorced in 1981 and Gerald met his second wife, Julie (Chambers) at the shipyard. She had a young son, Kristopher, and Gerald accepted him and raised him as his own. They bought a house in Port Orchard and Gerald thought it would be good to raise hogs. Hog Heaven was the name of the “farm” and there was a lot of activity surrounding this hobby. Gerald never went into anything half way. One winter there were 35 hogs of various ages being taken care of. The entire family was required to help and nobody was sorry when spring came and the hogs went away. Gerald spent weekends sports fishing and one of his proudest achievements was winning the PSNS salmon derby, although he always felt bad that it was only an 18 pound salmon that won that year. After taking an early retirement from the shipyard, Gerald decided to go commercial fishing. He bought the F/V Gregory R and soon realized he needed a bigger boat. Over the years, he owned and fished Washington and Oregon on the F/V Surprise and finally on the F/V Roamer. Being on the open ocean and doing the work required to maintain those old wooden hulls was one of his great joys. Gerald continued working a “day job” during the off season as well. He received his commercial driver’s license and drove truck for Pacific Coast Evergreen for several seasons. He loved having an excuse to be up in the mountains and enjoyed that job a lot. In order to fulfill a lifelong dream, Gerald went long haul trucking for U.S. Express. With life experiences and his trucking job, Gerald was able to visit all 50 states in his lifetime. When a diagnosis of congestive heart failure forced Gerald to slow down, he didn’t stay idle. He taught himself to weld garden art and wine racks, he and Julie traveled to New Orleans where he enjoyed every minute, and he recently decided to teach himself the banjo. Many times he said that he was able to do everything he ever wanted to do in this life. He felt blessed any time he had the opportunity to see his grandchildren, Chane, Kyler, Kameron and Makinley. Gerald loved the laughter and joy family and friends brought to his life. We will all miss him tremendously. Gerald is survived by his wife Julie, sons Ryan (Ana) and Kristopher (Michelle); sisters Beryl (Verne) Bjorkheim and Charlotte Winters; brother Bruce (MaryAnn) and four grandchildren. Our family gives thanks for the fantastic support given to Gerald during his hospitalization. The medical staffs at Harrison Memorial Hospital and UW Medical Center Cardiac ICU were caring, kind and capable during that time.

Gerald (Jerry) Dale Brummond was born to Wayne and Phyllis (Powell) Brummond on June 29, 1941 in Gig Harbor, Washington. He was about one month early and weighed around 4 pounds when they took him home where he slept in a shoebox. He joined... View Obituary & Service Information

The family of Gerald "Jerry" Dale Brummond created this Life Tributes page to make it easy to share your memories.