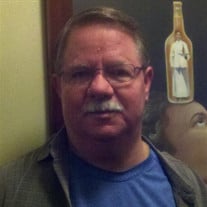 Gregory C. O’Guin, age 59, passed away May 4 from cancer. Greg was born in Torrance, CA to John and Betty O’Guin. He grew up in California with his parents and sister, Pam, enjoying all types of adventures including living for a year in Central America. His thirty-five years of government service started as a Nursing Assistant at the VA hospital in Portland, OR. This is where he met his future wife, Nancy, as he cared for her grandfather. He also worked as a general laborer in construction, roof cleaning and restoration, and warehouseman. Greg continued his government service in October 1989 at Puget Sound Naval Shipyard where he was brought into Shop 56 pipefitter’s apprentice program. He spent most of his career in PSNS as first level supervisor (rate of choice) where he enjoyed developing and mentoring the mechanics that worked for him. As his sons grew, he was involved in their activities - Little League Baseball coach, School volunteer, and Boy Scout leader. He was a loving, caring husband and father, a man of smiles and laughter, and a mentor to many. Greg never met a stranger, just a friend he hadn’t made yet. He is survived by his wife of 35 years, Nancy, his sons Jonathan, Stephen, and Nathan, parents Jack and Betty O’Guin, and sister Pamela (Pam) Netzer. At Greg’s request, there will be no service. He lived his life to the fullest, good times with friends and family, turning bowls and pens on his lathe, hiking, and camping. If you would like to honor his memory, he would tell you to grab your family, go to the nearest park, lake, watering hole and enjoy your time together.

Gregory C. O&#8217;Guin, age 59, passed away May 4 from cancer. Greg was born in Torrance, CA to John and Betty O&#8217;Guin. He grew up in California with his parents and sister, Pam, enjoying all types of adventures including living for a... View Obituary & Service Information

The family of Gregory Clifford O'Guin created this Life Tributes page to make it easy to share your memories.