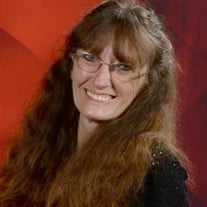 Hilma Rose McNerney, 59, a resident of Port Orchard, passed away on Tuesday March 17, 2020. She was born on May 7, 1960 to the late Arthur and Alma (Willey) Tharp in Denver, Colorado. She grew up and attended schools in Wenatchee, Washington. She was lovingly called “Mouse or Mousey” by her father as she was so tiny and petite. She married Ardell Chaffin (Sonny) McNerney in Monitor, Washington on August 13, 1977, and Ryan Randant on December 13, 2003. Over the years, she has made her home in California, Tennessee, Michigan, Delaware moving back to Washington in 1995. She resided in Port Orchard at the time of her passing. Hilma raised four daughters and was a foster parent to many. She has worked for Kitsap Home Care Service where she was a caregiver for the last several years. She loved her clients and they were like family to her. When she could, she loved to travel around the United States and see the wonders of this great nation and even venturing to Canada several times. She found she loved to cruise when she first went on a Disney Cruise with Brandi, Thomas and Bubby Everson and then later on a cruise to Aruba. She loved Light Houses and Wind Chimes. Hilma was passionate about learning new things and expanding her mind. She never just went along with what others thought or said but would study things out until she came to her own conclusions, even if it wasn’t what everyone else was thinking or doing. She loved exploring nature and more than anything she loved going to the beach. The beach had the power to rejuvenate her. She is survived by 2 Sisters, Julia Zerfass, Washington, Lillie (David) Baird, Colorado and 1 brother Peter Tharp, Washington, 4 daughters, Brandi (Thomas Everson)McNerney, Texas, Shana (Adam) Insley, W. Virginia, Stephanie (Josue) Pichardo, Florida, Cassandra “Cassie” McNerney, Washington; nine grandchildren, Thomas “Bubby” Everson II, Texas, Hayley, Carson, Asher, & Sloane Insley, W. Virginia, David, Sebastian, Autumn Pichardo, Florida. Anthony McNerney, Washington, Ardell Chaffin (Sonny) McNerney, and Ryan Randant, Washington, many nieces, nephews, cousins, friends. She was preceded in death by her parents, an Aunt, one Granddaughter, Adalyne Grace. She will be cremated and ashes scattered at a later date. In lieu of flowers, the family suggests memorials be made in Hilma’s name to the American Foundation for Suicide Prevention at https://afsp.donordrive.com/campaign/HilmaMcNerneyMemorialFund

Hilma Rose McNerney, 59, a resident of Port Orchard, passed away on Tuesday March 17, 2020. She was born on May 7, 1960 to the late Arthur and Alma (Willey) Tharp in Denver, Colorado. She grew up and attended schools in Wenatchee, Washington.... View Obituary & Service Information

The family of Hilma Rose McNerney created this Life Tributes page to make it easy to share your memories.

Hilma Rose McNerney, 59, a resident of Port Orchard, passed away...