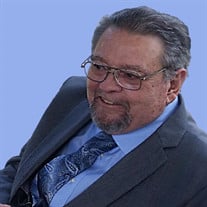 James “Jim” Earl Ives, Born December 9th, 1943, Passed on October 22nd, 2020 at home after battling kidney failure and other complications. James was born in Orange, Texas to Robert James and Allie Lee Ives. Jim graduated from Queen Anne High School in Seattle, WA and enlisted in the US Army after graduation. He served in Germany and was promoted to sergeant while on border patrol at Checkpoint Charlie, the best-known Berlin Wall crossing point between East Berlin and West Berlin during the Cold War and famous for the standoff in 1961 between Soviet and American tanks. He was very proud of his military service. He married Helen (Becker) Ives in May of 1966 and they welcomed their only child, Tania (Ives) Erickson in October of 1967. They lived in Federal Way until moving to Olalla and starting a small farm. Jim and Helen were married 25 years. He worked at the Puget Sound Naval Shipyard in Bremerton as a nuclear shipfitter foreman until he retired. Jim loved to travel and after retiring he became a partner in a travel agency in Silverdale and kept travelling the world. He enjoyed hunting and fishing and was a lifelong Seahawks fan. Jim married his second wife, Geri (Geraldine) Clay in 1991. She passed away in 1997. He remained close to her children, especially Tina Whittaker of Kalama, WA. In 2000 he married Celestine (Sally) Ives. After September 11th, 2001, they purchased an RV and became snowbirds between Arizona and Sequim, WA. They moved into Gibson Gardens in Tacoma in 2014. He enjoyed his friends, playing dominos, bible studies and tending to his successful garden. He was very proud of all that he grew. In the last two years he had the honor of officiating the weddings of his granddaughters Leanne and Tamara and welcoming his two new grandson-in-laws to the family. He was the proud grandfather of Kalyn Erickson, Leanne Campbell, and Tamara O'Sullivan. His name will be mentioned during mass on Saturday, October 31st at 4:30pm at St. Anne Parish 7025 Southpark Ave Tacoma, WA 98408 Graveside service will be held at 11am on Saturday, November 7th. Gathering to follow service. Mountainview Cemetery 2020 Mountainview Drive Auburn, WA 98001

The family of James Earl Ives created this Life Tributes page to make it easy to share your memories.