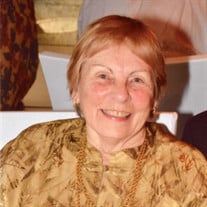 Joan Humbert Sells of Port Orchard, WA passed away January 1, 2021 holding the hand of her husband, Carl Sells. She is survived by her loving daughters Sabrina Bradrick of Vashon Island, WA and Jennifer Humbert of Houston, TX and by her husband Carl and her step-daughter Sheri Faircloth of Ocala, FL and by grand-children M. Dylan Bradrick, Chase Bradrick and Elizabeth Faircloth. Joan was born in Chicago, IL June 11, 1940. She was the only child of Ellsworth (Pete) and Marion (Pat) Eberth. The family moved to Burbank, CA when she was two and where her father was an engineer for Lockheed during WWII. She attended John Burroughs High School, Class of 1958, and Redlands University in Redlands, CA. After graduating from Redlands University with a degree in English, she moved to Corvallis, Oregon where she started her career in journalism by working for the Corvallis Gazette-Times and the Albany Democrat-Herald as a reporter-editor. After her fiancé graduated from Oregon State University with a degree in Forestry, they married and then joined the Peace Corps and spent the years 1965 through 1967 in Borneo living in jungle long houses with the Iban people of Sarawak. Upon return to Oregon after the Peace Corps, Joan and her husband settled in Reedsport, OR where they had daughters Sabrina and Jennifer. An assignment shift landed them in Molalla, OR where Joan resumed her journalism career working as an award-winning reporter/editor for the Canby Herald and the Oregon City Enterprise Courier. Joan became a single parent during 1979. In 1981 Joan met Carl E. Sells, an Oregon City businessman with daughter Sheri Jean. Joan and Carl were married January 1, 1984. Joan became the Communications Director for the Oregon Hospital Association and then, in 1986, was recruited to be the Executive Director for Citizen’s Initiative for Equity in the Legal System for the State of Oregon (Tort Reform). Carl found it necessary to sell his Oregon business and start again in the Seattle, WA area. While Joan was travelling throughout the State of Oregon doing presentations in support of changing liability laws in Oregon, Carl was commuting weekly from Seattle to Oregon City. After a year of successfully completing the tort reform campaign in Oregon, Joan and Jennifer joined Carl in Seattle where Carl had established his new company Advanced Technical Services, Inc. Joan arrived in Washington in 1987 and she became the Communications Director for Hospice of Tacoma and held that position until their merger with MultiCare. She then became the Communications Director for Seattle-King County Association of Realtors and held that position until the office moved to Kirkland, WA. In 1992, she joined the company that Carl had started and was Vice-President in charge of Operations and continued in that capacity until they sold the business in 2002 and retired to Vashon Island, WA where they had acquired a weekend house that they made into a home. Joan was very active on Vashon, serving on the Community Counsel for six years with a main interest in disaster preparedness and improving health care on the island. She received her Masters Degree of Fine Arts in Creative Writing from Goddard University through distance learning and attending classes in Port Townsend, WA. She pursued her interests in writing novels, quilting, weaving, attending the theatre, art studios, glass blowing and being Me Maw to her grandchildren. Joan and Carl moved from Vashon Island to Port Orchard, WA in 2016 to get closer to hospitals and medical care. Joan and Carl travelled the world during the years between 1997 and 2018, and had many adventures and saw many beautiful places. One of their favorites was their trip around South America that included Antarctica and Machu Pichu. They made it to all seven continents and all seven seas with many trips to Europe and Mexico. “Here’s to adventures” was their favorite toast. Please sign Joan’s guest book, thank you. Please consider honoring Joan with a tribute donation to the Alzheimer’s Association. act.alz.org/donate

Joan Humbert Sells of Port Orchard, WA passed away January 1, 2021 holding the hand of her husband, Carl Sells. She is survived by her loving daughters Sabrina Bradrick of Vashon Island, WA and Jennifer Humbert of Houston, TX and by her husband... View Obituary & Service Information

The family of Joan Humbert Sells created this Life Tributes page to make it easy to share your memories.