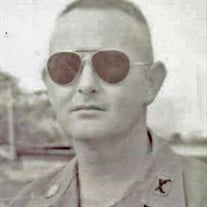 John Leroy Hauschild was born in Seattle Washington on November 6, 1934 to Ruth Wilson and John Rudolph. When John was a toddler, Ruth married William Hauschild and they gave John two brothers, Bill and Orv and two sisters, Sharon and Tonie. When John was about five years old his father came up missing on his way home from working at Puget Sound Naval Shipyard. It was payday and his wallet was found on the ferry dock in Bremerton; it was some time before the authorities found that he drowned. Ruth was unable to care for the children herself and as a result John, along with sister Sharon became wards of the State of Washington and went to live in Poulsbo at Martha and Mary's Home for Children. From there, John was a foster child and went to live with Pat and Lorraine Rosentangle who managed Callison's Evergreen Plant in downtown Port Orchard where John worked until he went to college. John went to Givens Elementary and South Kitsap High School graduating in the Class of 1953. He never understood why kids wanted to skip school as he enjoyed being there. July 3,1954 John married Clara Coulter in Davenport Washington where their life long friends Nick and June VanderStaay stood up with them at their wedding. Their next move was to Cheney where John attended Eastern Washington College of Education. A Degree in Education and ROTC led him to the US Army in 1958 and they moved to Fort Gordon in Augusta, Georgia where he attended Military Police School as a Second Lieutenant and where his daughter Lorraine was born in 1959. In 1960, his second daughter Sharon was born at Fairchild Air Force Base in Spokane. Tours of duty included Ft. Gordon GA twice, Ft. Lewis WA, Okinawa Japan, Ft. Hamilton NY, Camp Zama Japan where he was Deputy Provost Marshal. While there, son Chet was adopted at the age of three. He was then stationed at Ft. Ord, CA where he was Unit Commander/Military Police Operations Officer supervising 600 troops. He served in the Vietnam war in 1965 and 1968 where he was promoted to the rank of Major. John separated from the Army in 1973 and returned to Port Orchard where he obtained his Masters Degree and worked for the US Postal Service as a supervisor for the Bulk Mail Plant in Seattle, retiring in 1989 at the age of 55. John and Clara spent their retirement years as snowbirds in Arizona where they enjoyed watching the Seattle Mariners Spring Training games, traveling and sightseeing. John is survived by his wife Clara, sister Tonie Rogers, sisters-in-law Kay Raketty and Glenna Hottel, brothers-in-law George Coulter, Bill and Tom Hotell, best friends Nick and June VanderStaay and their children Steven, Scott and Darla, children Lorraine and partner Dusty Ciboci, Sharon and husband Jerry Stephens and Chet, his grandchildren Amy Shurts and husband Greg, Preston Mahaffey and wife Ashley, Chase Mahaffey and wife Michelle, Kristin Scaggs and husband Levi, Clarissa Mahaffey and partner Jordan, his great grandchildren Madilyn, Olivia, Jameson, Cash, Clara, Riley and Mimi Rae who came to call him Grumpy because of his love for Disneyland. John passed away on April 8, 2019 with his wife of 64 years by his side; and as Grumpy would always say "Come back again when you can't stay so long".

The family of John L Hauschild created this Life Tributes page to make it easy to share your memories.

John Leroy Hauschild was born in Seattle Washington on November...