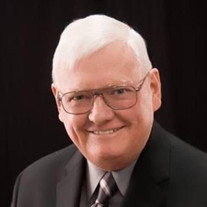 Mike Koch was born January 21, 1944 in Boston, Massachusetts. He enjoyed life in his growing up years with his younger brother Tom, and parents, Alice and Joe, residing also in California and Washington. Mike was in the Navy and served with Commander Amphibious Group 3. In 1962, he participated in the Cuban Missile Crisis. He was a yeoman during active duty and continued with the Naval Reserve while in college. He met his wife Sharon while carpooling to Western Washington University with mutual friends. (He liked to say that they met in the back seat of a car). There, he majored in Political Science and minored in History, obtaining his B.A. in 1968. He served as the managing editor of the college newspaper, The Western Front. He attended law school at the University of Washington, obtaining his JD in 1971. He then worked in the Kitsap County Prosecutor’s Office for two years, until May of 1973 when he opened his private general practice in Silverdale, Washington, later shifting to a personal injury practice. He and Sharon married and had two children, Adrienne and Ryan. Mike served as the president of the Silverdale Rotary Club & Kitsap County Bar Association in 1983. He served on the board of the Washington State Association of Justice (WSAJ formerly WSTLA). He was an Eagle member since 1986. Mike served on the board of Peninsula Services, an organization for the handicapped. He also served on the Bremerton Community Theater, the Kitsap Historical Society and the Kitsap County Destruction Derby Association as a pro bono attorney for many years. Incidentally, he won two races in the Kitsap County Destruction Derby. Mike and his family lived in Seabeck and had a house on the water, enjoying boating, bonfires and fireworks on the water, and hosting many of the kids’ friends and several exchange students over the years. Mike and Sharon enjoyed traveling overseas both with and without their kids, and attending Magic Lantern Society meetings. He helped hundreds of clients through the years, growing his business largely by word of mouth, and was very well liked and respected in the Kitsap community. His work was his passion, and he loved his family and traveling very much. He enjoyed reading and watching old Western movies. He had an inquisitive mind and a wonderful sense of humor. He was an all around great husband, father and human being who supported the people and things he cared about in every possible way. Mike is survived by his children, two grand-cats, his mother Alice, and his brother Tom and Tom’s wife Barbara, and nephews Jim, Joel, Aaron, Kyle, and André and their respective families, and many other beloved extended family members.

Mike Koch was born January 21, 1944 in Boston, Massachusetts. He enjoyed life in his growing up years with his younger brother Tom, and parents, Alice and Joe, residing also in California and Washington. Mike was in the Navy and served with... View Obituary & Service Information

The family of Joseph Michael 'Mike' Koch created this Life Tributes page to make it easy to share your memories.