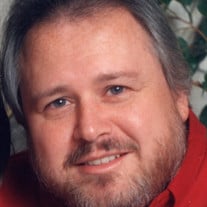 “A Friend of Many” Joseph Paul Kwilinski, Jr. December 12, 1957 – November 15, 2017 Joseph “Paul” Kwilinski, Jr., was a friend to hundreds of people around the world. Born in Cadillac, MI in 1957, Paul was the son of Joseph Paul Kwilinski, Sr., and the late Elaine (Morency) Kwilinski, and brother of Dennis, Jeff (Laura), and Theresa. Most importantly, Paul was the beloved husband of Kathie and fond human companion of Manny and Karma. Paul was a man of gentle principle. He firmly believed that greatness lay in character and not in success. He was brilliant and intellectually curious. He would sleep little but read voraciously through the night. He was impressively well versed in many subjects and astute in the face of daunting challenges. Paul spoke affectionately of his Detroit area roots, his Polish ancestry, and his love of sports. The annual Super Bowl gathering at the Kwilinskis was not to be missed. He was an enthusiastic supporter of the Detroit Lions, the Detroit Tigers, and other Michigan teams that struggled through adversity! He had an encyclopedic knowledge of, and esoteric taste in, music. Many of us have spent happy evenings over the years at concerts with Paul and Kathie, usually with a glass of Paul’s favorite wine in hand. Aside from his love for Kathie and fond loyalty to his friends, perhaps the thing that defined Paul the most was his lifelong professional wanderlust. He amassed close acquaintances in many countries over the course of a long and successful career in international education. Paul worked and played in China, Vietnam, USA, Middle East, Japan, Korea, Taiwan, Thailand, Indonesia, Malaysia, Hong Kong, Cambodia, Nepal, and India. Notably, he directed Overseas Radio and Television English programs in Taiwan in the 1980s under the tutelage of legendary dame of English education in radio and TV, Doris Brougham. Today at age 90, Doris is still leading ORTV in Taiwan and remembers Paul fondly from those years. One of the lessons he learned from those and other overseas experiences was to be generous and diligent in his advice and mentorship to colleagues. Through his career he left a legacy of people who he encouraged to grow into leadership roles. Underlying his professional strengths was an abiding concern for others – he cared deeply about the well-being of his international colleagues. Paul’s primary professional guide through much of his career was the renowned Perry Akins who shared the following anecdote about Paul’s generous spirit: When Paul and I were wandering the streets of Shanghai some 15 years ago in the middle of the winter, we stopped by an outdoor sweet potato stand. The potatoes were sold by weight so the vendor proceeded to weigh our potatoes on his ancient scale (Paul said it was probably never calibrated). I made a passing remark to Paul that I would like to buy one of those scales as a souvenir. I never had a chance to find one. However, some 13 years later, Paul showed up on my doorstep in Los Angeles with a Chinese sweet potato scale in hand as a gift for me. Knowing Paul, he probably returned to the same vender and sweet-talked him out of the scale. The loss of Paul has left a hole in our lives. His kindness, generosity and empathy touched countless people across the world and he will be deeply missed.

The family of Joseph Paul Kwilinski Jr. created this Life Tributes page to make it easy to share your memories.

“A Friend of Many”