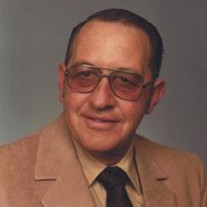 Joseph Lloyd Newhouse (June 10, 1938 to March 21, 2017), born in Oconto, NE to Joseph C. and Pearl K. (McCrickard), passed away peacefully in his sleep at his home in Port Orchard. Joe is the third of five children. He was preceded in death by his beloved wife Alice (Smith). He is survived by sons Joseph (Laurie), Michael (Jackie), and Keith (Debbie) and grandchildren Krista, Samantha, Allison, and Joseph. Joe was baptized in the Roman Catholic Faith 7 August, 1938 in Oconto, NE. He also received First Communion and Confirmation in subsequent years. The Roman Catholic blessing of the body was administered by Father Hoang on March 23. Joe attended and graduated from Missouri Valley schools. During his school years Joe was active in sports. He also worked the various family farms in the Council Bluffs area. Following high school, Joe enlisted into the U.S. Air Force where he proudly served his country during the Vietnam conflict as a Weapons Mechanic and Weapons Maintenance Supervisor until his honorable discharge in 1960. After leaving the Air Force he remained in the Spokane area where he married the love of his life, Alice Smith. Shortly there after they moved to Sunnyside, WA where he worked as a machinist. In 1965 he began his career at Puget Sound Naval Shipyard in Bremerton, WA. During his career he was an Inside Machinist, IAM Union Steward, Planning Yard Technician, Nuclear Inspector, retiring as a Nuclear Inspection Supervisor in May of 1993. Joe was a devoted husband and father who lovingly provided for his family. He enjoyed playing cards with his wife, in-laws, family, and friends. Always willing to lend a hand, be it helping in a move, building, working on a car, or simply being the driver, he was always there. He took great pleasure taking his family camping where he taught his sons how to fish, motorboat, build a fire, and roast the perfect marshmallow. While at family campsites he enjoyed playing with his sons and watching them experience the wonders of nature. Outside of work Joe was passionate about his community and helped both private citizens and the county develop community spaces for outdoor activities. While his sons grew he coached Pee Wee baseball, basketball, and football, and was an assistant Scout Master. Active in his church, he taught Confraternity of Christian Doctrine at Holy Trinity parish. Joe was a fisherman and avid hunter. Fishing off the coast of WA for salmon and halibut, spending time taking friends and family into the mountains teaching gun safety, tracking and finding game, camp setup, and how to have fun. He was a lifetime member of the North American Hunting Club and National Rifle Association. A devoted Ford man, he purchased, brand new, a 2006 Ford Mustang convertible which he drove all over the country visiting family and friends. He loved to drive! Joe is deeply loved by his family and friends. He was unaware of how many lives he touched and the positive impact he made on those lives.

Joseph Lloyd Newhouse (June 10, 1938 to March 21, 2017), born in Oconto, NE to Joseph C. and Pearl K. (McCrickard), passed away peacefully in his sleep at his home in Port Orchard. Joe is the third of five children. He was preceded in death... View Obituary & Service Information

The family of Joseph Lloyd Newhouse created this Life Tributes page to make it easy to share your memories.