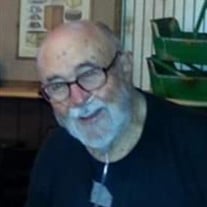 Joseph Francis Shirley was born November 18, 1936 in Fall River, Massachusetts to Joseph and Esther May Shirley. Joe married Miriam Pacheco on August 22, 1959 at St. Joseph’s Church in Fairhaven, Mass. They had two children, daughters Lynne and Joanne. Joe received a Registered Professional license in engineering after graduating from Durfee Tech, which is now the University of Dartmouth. He was an officer in the United States Navy serving on the Salamonie AO26; retiring as a LCDR from the Naval Reserve. Joe worked as an engineer at Electric Boat in Groton, Connecticut and then as a marine engineer at Merriman. He also worked as an engineer at the Boston Naval Shipyard, until it closed. He moved to Port Orchard, WA to work at PERA and worked at Puget Sound Naval Shipyard as a Nuclear Engineer with Code 2310 until his retirement. He was intelligent, witty, and talented with a very eclectic array of affinities. Joe loved music and was an accomplished trumpet player and he thoroughly enjoyed classical music. He was a member of the Bremerton Symphony and the Farragut Brass. He loved cruising and racing sailboats and was a long-time member of the Port Orchard Yacht club. He was also a Mason from the time he was in high school. Classic cars, especially Chrysler Imperials, were among his favorite pastimes. He enjoyed sewing of the industrial genre like making canvas sail covers for boats and a variety of other things nautical. At an early age, he took up fencing and became quite good at it; so good in fact that he even became an instructor. He enjoyed riding motorcycles; cruising with his wife for many years on his Honda Goldwing. As food goes, anything Italian was good as far as he was concerned, but spaghetti was his favorite. He was a regular at Uncle Dave’s for spaghetti night every Thursday. Most of all, he was an adoring husband, father, grandfather and great-grandfather enjoying time spent with his family above all else. You knew he loved you and it was easy to return the feelings. Joe crossed the bar on December 12 to his final port. He will be greatly missed by all who knew him and loved him. He is survived by his loving wife of 60 years, Miriam; daughters Lynne Keller and Joanne Shirley, son-in-law Terrance Lee; grandchildren Bryce Shirley (Tiani Tainatongo), Timothy Keller, Megan Keller, Katie Keller, Sammie Keller, Clayton Shirley, and Melina Shirley-Lee; great-grandchildren Bryce Shirley, Jr., and Noah Shirley. The family requests in lieu of flowers donations be made to the American Diabetes Association.

The family of Joseph Francis Shirley created this Life Tributes page to make it easy to share your memories.