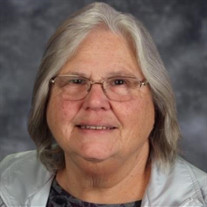 Kathy was born in Plymouth, Michigan March 2, 1940 to Carl and Dorcas Ellen (Burnap) Keig. She was the youngest of three having one sister and one brother. She met the love of her life, Wallace Lee, ‘Wally’ Wood, in Scotts Bluff, Nebraska. They married on June 10, 1960 and they moved from Nebraska to Port Orchard in 1965. Kathy later completed her degree at the University of Puget Sound and began her teaching career at the South Kitsap School District in the early 1970's. Kathy taught in the South Kitsap School District from 1973 to 1998 in full time capacity at East Port Orchard and Mullenix Ridge Elementary schools. Her students would say that her art projects were always the best. After her retirement she did a considerable amount of substitute teaching at Mullenix Ridge. She enjoyed the seeing the students and staff but still having the freedom of subbing allowing her to take trips and see family. They had five children, all boys whom she has always been very proud of and even let it be known that they were her greatest accomplishment. She was a faithful fan for them attending a great deal of time at sporting events such as football and wrestling while they were in school. She was also a devoted grandmother and spent time at a myriad of events in support of her grandchildren. When she wasn’t doting on her husband, children and grandchildren, she was engaged in her hobbies. She did toll painting with the help of Wally who would do the cutting of the wood patterns. She did other crafts such as ceramics and was a voracious reader. The reading began with romance novels but she added other genres to her repertoire as time passed. She also liked to garden and cook. Her fame when it came to cooking was for her world class pizzas which she even made while visiting family away from home much to everyone’s delight. Kathy died rather suddenly and unexpectedly at her home on January 9th, just a few days ago. She was preceded in death by her husband Wally of just shy of 45 years. Also her Sister Sally (Keig) Gardener and brother John Keig. She is survived by her sons Doug Wood (Kim), David Wood (Anne Marie), Gary Wood, Kent Wood (Jungdee), and Jeff Wood (Sarah); eight grandchildren, and two great-grandchildren. As a teacher she dedicated her time to helping her students find their best selves and abilities and shaped countless lives for the better. She will be greatly missed by all of those whose knew and loved her. Please join the family on Saturday, January 18 at 11:00 am for a memorial service at the Rill Chapel in Port Orchard.

Kathy was born in Plymouth, Michigan March 2, 1940 to Carl and Dorcas Ellen (Burnap) Keig. She was the youngest of three having one sister and one brother. She met the love of her life, Wallace Lee, &#8216;Wally&#8217; Wood, in Scotts Bluff,... View Obituary & Service Information

The family of Kathleen A. Wood created this Life Tributes page to make it easy to share your memories.