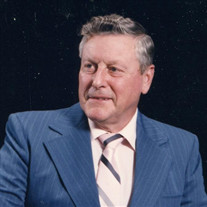 Kenneth James 'Bud' Pedersen of Port Orchard died peacefully July 1. He was 94. He was born in New Jersey to James A. and Mae E. Pedersen, née Degnan, on November 19, 1924, and moved to Tacoma soon thereafter. He was raised with older twin sisters Marie and Mildred and his younger brother Lester on South 41st Street. He was nicknamed Bud by his mother, and that is the name by which most people will remember him. He was a track and field athlete at Lincoln High School and joined the Navy immediately after graduation. He served his country in the South Pacific during World War II and thereafter as a reservist. Bud lived on the beach at Cole Loop Road for over fifty years, daily enjoying the spectacular views of Blake Island and ship traffic on Puget Sound. He worked for 30 years at the Puget Sound Naval Shipyard as a shipfitter. Before and after his retirement he and his wife Margaret Rae (“Marge”), who predeceased him in 2005, enjoyed the company of his many friends at the Port Orchard Yacht Club. He could often be found there working in his boathouse on Duchess, his 50-foot cruiser, which he built mostly by hand. Bud was an avid fisherman and, in his youth, enjoyed bowling, skiing and camping with family and friends. In addition to Marge, Bud was preceded in death by his mother, father, sisters and brother. He is survived by his daughter Pamela Smith (Ray) of Cherry Hill, NJ, his granddaughters Rachel Smith Barger (Robert), and Becki Smith Barger (Timothy), by his five great grandchildren (Quinn, Peyton, Lucas, Taylor and Sawyer), by his dear friend and sister-in-law Patricia Pedersen, and by his many nieces and nephews. Close family friend Joe Berg (Marilyn) of California were able to be with Bud in his last days. A private memorial service is planned. Arrangements are by Rill's Life Tribute Center.

Kenneth James 'Bud' Pedersen of Port Orchard died peacefully July 1. He was 94. He was born in New Jersey to James A. and Mae E. Pedersen, née Degnan, on November 19, 1924, and moved to Tacoma soon thereafter. He was raised with older twin sisters... View Obituary & Service Information

The family of Kenneth James 'Bud' Pedersen created this Life Tributes page to make it easy to share your memories.