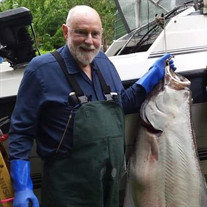 David was born October 27th 1942 in Erie Pennsylvania. His parents Kenneth and Winifred divorced a little over a year later leading David and his mother to move to Southern California. Winifred went on to marry Bill Sangster, whom David credits as a loving and supporting stepfather. David was raised on a 40 acre Cattle Ranch in Campo, California, near the Mexico border, very close to the Southern point of the Pacific Crest Trail. David was known as being mature and trustworthy. At 14 years of age David bought a 1939 Dodge for $50. The car often needed repairs, resulting in David becoming a skilled auto mechanic. David’s father Kenneth was the captain of a ship where David spent two summers aboard as a deck hand. The ship cruised to South America, allowing David to see new places and interact with other cultures. These experiences lead to him joining the U.S. Navy after graduating high school. David served on five submarines, including a WWII vintage sub and four modern nuclear subs. David’s successful career in the navy included serving two tours as an instructor. He was stationed at Idaho Falls, ID in the Nuclear Power Training Unit. His second tour as an instructor was at the Trident Training Facility in Bremerton, WA where he taught ship control, driving, and diving. His students ranged from Seamen Recruits up to and including Captains. David was a highly respected Chief. He often performed duties normally performed by commissioned officers. He was awarded the Navy Achievement Medal for Superior Instruction in 1983 and his designation was a Master Training Specialist. David retired from the military in 1984 after 24 years of military service. Throughout David's life he was married 3 times and had 3 sons. Third time was the charm for David. He and Kitty have been together for 23 years adding two step daughters, and one step son to the family. David had many hobbies and interests. Hunting, fishing, recreational and competitive shooting, restoring his old GMC pickup truck (Greenpiece) to name a few. But his favorite hobby by far was fishing. One of his fondest fishing stories is his tale about catching a 130-pound Halibut near Port Angeles, WA. David became part of the Transforming Age family in 2004, where he worked in maintenance at Parkshore, and in 2009, join the newly constructed Skyline. David was incredibly dedicated to Skyline and Transforming Age, commuting every day from Port Orchard. Despite his long commute, it never was a hindrance to his timely response to critical maintenance issues at Skyline. While at Skyline, David was instrumental in making improvements to our mechanical systems. Having been an instructor in the Navy, David frequently took opportunities to teach advanced mechanical techniques to his workers. David had a passion to help his fellow maintenance technicians learn the knowledge necessary to ensure Skyline would continue to be maintained in an exceptional fashion well into the future; there wasn’t anything David couldn’t fix! More recently, David had also spent time at Vashon Community Care assisting their maintenance team prepare the building for their new Memory Support wing. He is survived by his wife Kitty, his sons Jesse and Ben, stepchildren Cheri, Tim, and Tara, grandchildren Ashleigh, 2 Zachary's and Arielle, as well as his sisters Darlene, Heather and Gibran.

David was born October 27th 1942 in Erie Pennsylvania. His parents Kenneth and Winifred divorced a little over a year later leading David and his mother to move to Southern California. Winifred went on to marry Bill Sangster, whom David credits... View Obituary & Service Information

The family of Kenneth David Reynard Jr created this Life Tributes page to make it easy to share your memories.

David was born October 27th 1942 in Erie Pennsylvania. His parents...