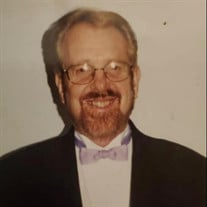 Kenneth Francis Rodrick (October 25, 1946-November 14, 2020) Our family is sad to announce that our Father, Husband, Uncle and Grandfather Ken has passed away quietly on November 14, 2020 peacefully in St. Michael’s Hospital in Bremerton Washington. He just turned 74 years old. He is survived by his Wife Judi Fuller Rodrick of Allyn, Washington, Son Joseph R Rodrick of North Plains, Oregon, Daughter Jennifer Sylva of Vacaville, California, Brother Melvin Rodrick of Vallejo Ca. and Sister Juliette Behling of Auburn, Ca. He ascended to Heaven at 6:48am on the morning of November 14 as a result of COVID-19. He fought the dreadful disease valiantly for about 10 days but unfortunately this disease is too powerful. Please be careful. We want to thank the doctors and staff in the ICU unit at St. Michael’s Hospital (formerly Harrison Medical Center) in Bremerton Washington. Specifically, we would like to thank Doctor Kash, Dr. Sukriti Singhal and Dr. Christopher Carr who worked tirelessly to save his life. And a special thank you goes to nurses Mary, Stella and Sadie for all the care. Cremation was administered by Rill's Life Tribute Center, in Port Orchard, Washington. Kenneth, also known as Red Dawg Ken or Grandpa Golf, was born and grew up in Vallejo California. After a brief stint in the Navy punctuated by a dangerous burst of his appendix, he started a career with Westinghouse which later was purchased by Northup Grumman. He never lost sight of his favorite passions, which were his Family and friends, His Catholicism, and playing and watching golf. Following his retirement, he shifted his focus from numbers and business proposals to his family and helping people. He loved and cherished his grandchildren and his step grandchild Jace, who is currently 5 years old. Ken was “PAPA” to Jace and was helping to raise him. So many people have expressed sympathy and have told stories of instances where Ken would give time or resources to help others mostly without being asked to do so. The Physical world has lost a great man in Ken Rodrick, but where we as people have lost him. The spiritual world has gained one. He will be forever missed by many. Services are to be determined based on Covid-19 restrictions

Kenneth Francis Rodrick (October 25, 1946-November 14, 2020) Our family is sad to announce that our Father, Husband, Uncle and Grandfather Ken has passed away quietly on November 14, 2020 peacefully in St. Michael&#8217;s Hospital in Bremerton... View Obituary & Service Information

The family of Kenneth Francis Rodrick created this Life Tributes page to make it easy to share your memories.