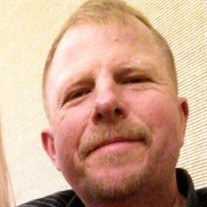 In Remembrance of Ket Wilkins – July 11, 1963 – June 25, 2020 Ket Allan Wilkins was a beloved Husband, Father, Son, Brother, Uncle, Grandpa and Friend. He passed away in his home in Port Orchard, WA, with his family by his side. Ket was born July 11, 1963 in Newport News, Virginia to Allan and Leila Wilkins. Ket moved with his family to California, and later to Bremerton, Washington where he graduated from Olympic High School. After graduation, Ket worked at Godfather’s pizza, where he met Linda Mourer. They were married in 1984, and later moved to Port Orchard to raise their family. Ket has many friends and colleagues from his years at Albertsons, Pizza Hut, and Oroweat. He had a great sense of humor which could light up any room. It was a dream of his to become a stand-up comedian. But his friends and family also remember him for his kindness, service, and character. Ket lived in each moment, and appreciated all the small adventures of life. He enjoyed lounging in the sun, watching football (Go Hawks!), and most importantly spending time with his family and friends. He loved trips to the ocean, singing on long car rides, camping, and cheering on his kids at their sports and music functions.   Ket’s family has chosen to honor their father’s legacy by displaying kindness, generosity, compassion, and optimism just as he always did. Ket is preceded in death by his Brother, Kip Wilkins; Niece, Jaclyn Foraker; and Favorite Dog, Buddy. Ket is survived by his Wife of 35 years, Linda Wilkins; Father, Allan Wilkins; Mother Leila Wilkins; Siblings: Misty Wilkins, Dolores Foraker, and Kyle Wilkins; Children: Amanda Wilkins, Amy Sorenson (spouse: Jeffrey Sorenson), Dustin Wilkins, Emily Dorris (spouse: Matthew Dorris); and Grandchildren: Jack and Kinsley Sorenson.

The family of Ket Allan Wilkins created this Life Tributes page to make it easy to share your memories.