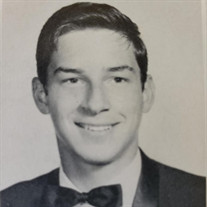 Lawrence Dean Sbragia, affectionately known as Larry, was born in San Leandro, California to Duilio M. and Eleanor E. (Fambrini) Sbragia on March 3, 1948. He had been a loyal and dedicated Baha’i for over 40 years. He served as one of the Treasurers of the Baha’i Faith for over 30 years. He graduated from the University of Berkeley with a Bachelor of Science degree in 1971. He later went to work for Puget Sound Naval Shipyard for over 30 years as an engineer. Larry had the gift of music. He played the trombone for many years and was a member of the Youth of America. He enjoyed all kinds of sports. He was a good defensive payer at basketball, a great hitter at softball, consistent at table tennis, okay at bowling and frustrated at golf. He participated in track with his high school track team. He coached his sons and daughter’s basketball, softball, and baseball teams. Larry loved his family, especially his WIFE. He always believed his wife was beautiful but she told him God was just kind and gave him poor eyesight when he got older so he couldn’t see her flaws. He was quiet, shy, gentle, and humble. He was also a perfectionist for the most part. He took longer to doll himself up than his wife… Way, Way, Way longer! He was not a fashionista though as he was content to wear the same clothes day in and day out if they were presentable. He always thought the best of people. He was very forgiving and never held could never remember ha grudge. He just had a bad memory that way. He did not believe that OJ Simpson and Bill Clinton were guilty until proven guilty beyond any doubt. He was a huge fan of Tiger Woods. Softie Larry couldn’t even say no to a salesman. He made many needless purchases. He began telling the salesman to speak to his wife. It was extremely challenging to walk with Larry. His wife would drag him forward to walk faster, and he would pull her back to go slower. He believed that moderation was taking things easy. She always told him that moderation doesn’t mean being in last place. She felt mortified when a little old lady would be walking faster than them. One time he was walking so slowly he had lulled himself to sleep. Not easy to get him to walk outdoors either. The weather was too cold or too hot, too bright or too windy which eliminated a lot of days. He was just a homebody and always felt most happy at home. He preferred to leave the TV on while napping. As soon as Caroline turned it off, he would instantly wake up and say, “I’m watching that!” He was never materialistic and could never remember how much money he had in the bank even before his memory loss began. He did struggle with health issues most of his life. The above statements are just some musings of his early life that made him human and unique as stated by hie wife, Caroline. You are missed and will be loved in countless ways. Farewell my hisband, my companion, friend, shadow, and life mate… May you soar with the angels of GOD! “-and if God choose, I shall love thee better after death.”

Lawrence Dean Sbragia, affectionately known as Larry, was born in San Leandro, California to Duilio M. and Eleanor E. (Fambrini) Sbragia on March 3, 1948. He had been a loyal and dedicated Baha&#8217;i for over 40 years. He served as one of... View Obituary & Service Information

The family of Lawrence Dean Sbragia created this Life Tributes page to make it easy to share your memories.