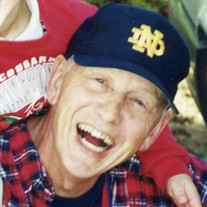 Lloyd Ellsworth Cass, Jr., 81, of Port Orchard, WA passed away on August 17, 2021 after a brief illness. Lloyd was born on August 5, 1940 in Portland, Oregon to Lloyd (Sr.) and Pearl (Antonsen) Cass. He was raised in Glendale, CA and graduated from Glendale High School in 1958. He served in the Navy for 20 years as a hospital corpsman and retired in 1978 as a Chief Petty Officer while stationed on the USS Camden at Bremerton Naval Shipyard. A significant portion of his Navy career was spent with the Marines, including a tour with the Fifth Marines in Vietnam from 1966-67. Other assignments included Naval Hospital Guam, El Toro MCAS, Portsmouth Naval Hospital, and many others. During his Naval career he also served as an independent duty corpsman in Everett, WA and obtained an AA degree at Olympic College. After leaving the Navy he continued his federal service at Bremerton Naval Shipyard for another 25 years as a shipwright boat builder in Shop 64. He also worked in the Hazmat field during his time at the Shipyard and drove a bus for many years. He is remembered by many at the shipyard. As a younger man, Lloyd was an avid scuba diver and enjoyed marksmanship. Later he supported his sons in Scouting and as a Little League coach. He enjoyed snow skiing and one of his favorite places to spend time was in the yard – barely trimming anything. He thought trimming a bush or a tree a few inches was great! He was a lifelong collector including cards, coins, hats, and just about anything else. Lloyd loved playing with his grandchildren, he knew many people and visited them often. People remembered him, his 2-dollar bills, and his ability to pass on a smile. Lloyd and family were members of 1st Lutheran Church for many years. Lloyd was a member of the VFW Post 3694 and attended many funerals as part of the funeral detail. Lloyd was preceded in death by his son Eric, father Lloyd Sr., mother Pearl and sister Geraldine. He is survived by his wife of 59 years, Judith, daughter Calece Cass, son David (Diane) Cass, 6 grandchildren, Sean Healy, Lauren, Megan and Rachel Cass, Erin Burke and Liam Jones, 3 great-grandchildren Will Saye, Bailey and Dylan Burke and bonus daughter Krista Jones (Larry). In lieu of flowers, memorial donations may be made to the Cancer Society.

Lloyd Ellsworth Cass, Jr., 81, of Port Orchard, WA passed away on August 17, 2021 after a brief illness. Lloyd was born on August 5, 1940 in Portland, Oregon to Lloyd (Sr.) and Pearl (Antonsen) Cass. He was raised in Glendale, CA and graduated... View Obituary & Service Information

The family of Lloyd Ellsworth Cass created this Life Tributes page to make it easy to share your memories.