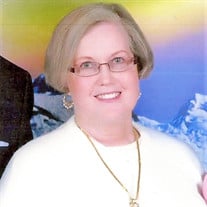 Lynn Mary Willard of Port Orchard, WA, joined her Heavenly Father on March 16, 2021. The only child of Emily and Melvin Scheflin, born in San Francisco on February 6, 1948. Lynn grew up in San Francisco, California and attended Saint Anne’s Elementary School, and Presentation High School, followed by a degree in Library Information Technology at City College of San Francisco. Lynn worked at J.C. Penny’s Department Store in San Francisco, and as a Library Technician at Letterman Army Hospital at the Presidio in San Francisco. Lynn met and married Keith Willard and together, they raised their daughter, Lisa Willard. In 1973, Keith’s job relocated to Puget Sound Naval Shipyard, and the family moved from So. San Francisco to Port Orchard, WA, and have lived in the same house ever since. Lynn worked tirelessly to better Lisa’s education first with pre schooling at Holly Ridge, and then with the South Kitsap Public Schools. After Lisa graduated, she put in many hours of home schooling with Lisa. Lynn also worked for Weight Watchers in Port Orchard for a period of time. Lynn along with Keith and Lisa enjoyed visiting various areas of our Country such as the Canyons in Utah, New England, including the Eastern Provinces of Canada as well as many other destinations. Only thing that prevented more traveling was health issues. Lynn was diagnosed over 35 years ago with Rheumatoid Arthritis, and that dreaded disease has taken away a lot of enjoyment, and a lot of toll on her. Too much pain and too many surgeries as a result. Lynn was told by her folks at a young age that she was adopted, and at age 50, decided to attempt to locate her birth mother. After working with a group to help with that endeavor, her deceased birth mother and family were identified, and as a result, four half brothers and sisters were located in Minnesota and Wisconsin, and a “new found family” welcomed her and vice versa. Lynn’s birth mother had been a nurse and at one time worked at the same hospital (Letterman Army Hospital) as did Lynn years later. Lynn is survived by her husband, Keith, after 52 years of marriage, and her daughter, Lisa Marie Willard, 50 years of age. Per Lynn’s wishes, the family will have a private celebration of her life to be announced at a later date. In lieu of flowers, Lynn had requested that donations be made in her honor to Chapel Hill Presbyterian Church 7700 Skansie Avenue, Gig Harbor, WA 98335 or RA Foundation 8815 Conroy Windermere Road, Suite 309, Orlando, FL 32835

The family of Lynn Mary Willard created this Life Tributes page to make it easy to share your memories.