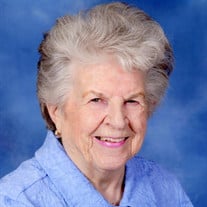 Marcia Bradbury Watt Marcia Watt was born in Kansas in 1924. She and her family settled in Spokane when she was 12. Memories of growing up there were very special to her and she then went on to WSU where she met the love of her life Ross (Bud) Watt. Bud originally came from Port Orchard before joining the Air Force after high school. In her 28 years as a military pilot’s wife, raising a family (Jill, Jeff, and twins Kelly and Kerry) was an adventure for all as duty stations gave them 10 years in Europe. They took frequent family trips around Europe, especially loving their time in Germany and Italy. When Bud retired they built a home in Port Orchard with Kelly and Kerry still at home and Jill and Jeff starting married life. When Bud died in 1978 Marcia became an active volunteer in the Sidney Art Gallery (for 23 years) and South Kitsap Helpline. She also worked part time at a gift shop owned by a friend in Seattle. She had several travelling buddies that went with her on several European trips, cruises all over the world as well as an African safari. Playing bridge was a big part of her everyday life with several different clubs. She especially enjoyed playing with the Officer Wife’s Club and with her local group of girlfriends. Marcia was a member of the Port Orchard United Methodist Church and the Seattle Children’s Orthopedic Hospital (Ann Wilson Guild) for over 45 years. In 1993 she was even a nominee for Person of the Year in Port Orchard for all her work she did as a volunteer in her community. Her 6 grandchildren and 10 great grandchildren lived nearby and were frequent visitors. She passed peacefully in her sleep, surrounded by her family, at Stafford Suites where she found new friends and she loved and appreciated the kind staff. Our Mom is survived by her son Jeffrey Watt (Marilyn), Jill Arper (Roland,) Kerry Christofferson (Dean), Kelly Watt (Jim), and her grandchildren Spencer Lucas (Heather), Austin Arper (Madison), Kevin Watt (Tara), Katie McClintock (Charles), Ross Christofferson (Selena), Carly Christofferson (Ryan), her 10 great grandchildren, niece Amy Walloch and nephew Doug Bradbury. Memorial donations may be made to Port Orchard United Methodist Church or Children's Orthopedic Hospital Ann Wilson Guild.

Marcia Bradbury Watt Marcia Watt was born in Kansas in 1924. She and her family settled in Spokane when she was 12. Memories of growing up there were very special to her and she then went on to WSU where she met the love of her life Ross (Bud)... View Obituary & Service Information

The family of Marcia Bradbury Watt created this Life Tributes page to make it easy to share your memories.