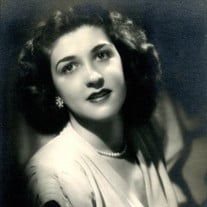 Marie T Flynn was born in Cleveland, Ohio on April 24,1925 to Louis and Mary Rainery. She had three older brothers: James, Louis and Dean. The Rainery Family moved to Santa Monica, California. Marie had three children there, which she raised by herself, this being her greatest accomplishment. She enjoyed sewing, that was a good thing, since she sewed tons of clothes for her kids. Also, she worked in the construction business as a bookkeeper. In 1976 after her children grew up and left home, Marie married Captain Richard Flynn, Commanding Officer, Long Beach Naval Station. She easily fit into Navy life, definitely being an asset to Richard’s command. She greatly contributed to the Officers’ Wives Club, serving as President for many years. She was a distinguished member of the Dramatic Arts Guild in Long Beach, as well. After Dick retired, they joined the Long Beach Yacht Club. Marie enjoyed dining there with her husband and many friends. She was very active in her clubs. Marie liked to read. She enjoyed animal prints. She especially cherished visiting family and friends, making fruitcake and cooking with her husband. Captain Flynn passed in 2005. Marie Flynn later relocated to Alexandria, Virginia to be near her son Greg and family. She lived in Carlyle Towers and later with Greg and his wife Pat, often having dinner at Y’ves Bistro in Alexandria with both of them. Lastly, she moved to Port Orchard, Washington to live with her daughter Karen and family. She enjoyed Port Orchard very much and an occasional milkshake, too. She loved John Wayne. She had a tape of all his movies and watched them many times. Just ask Karen. Marie T Flynn passed away November 19, 2020 with Karen at her bedside, after 95 glorious years. Marie is survived and dearly loved by her son Gregory and wife Pat, daughter Karen Robinson, three grandchildren, Robbie, Jeff and wife Lena, and Randee, two great granddaughters, Arielle and Eliot Mae, and two nieces Pam and Linda. She was preceded in death by her parents, Louis and Mary Rainery, her brothers James, Louis and Dean, her loving husband Captain Richard Flynn and her son Darrell Papin. Marie is probably having a glass of champagne at the Yacht Club now with Dick and their friends, laughing and enjoying the day!

Marie T Flynn was born in Cleveland, Ohio on April 24,1925 to Louis and Mary Rainery. She had three older brothers: James, Louis and Dean. The Rainery Family moved to Santa Monica, California. Marie had three children there, which she raised... View Obituary & Service Information

The family of Marie Therese Flynn created this Life Tributes page to make it easy to share your memories.