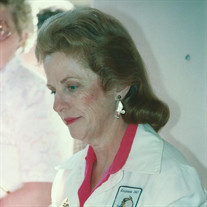 Mary Lu, aged 90 years 7 months and 16 days, passed away at 9:18 AM Monday morning March 26, 2018 at the Northwoods Lodge skilled nursing facility in Silverdale after being transferred there from Harrison Hospital the previous Thursday evening. She was preceded in death by her Parents, Lester JB and Inez Vera (Cole) Ellis; by her husband William Calvin Nary; by her sister Vera Mae (Ellis) Blackwell; her younger son Brett Ellis Nary; She is Survived by her older son Quay Lester Nary; her daughter in law Cindi (Horne) Myers; 3 grandchildren: Troy Douglas William Nary, Brandi Michelle Ellisa (Nary) Rivers, & Darla Kathleen Inez (Nary) Graham; by 2 great grandchildren Skeeter Rivers Jr and Angelica Rivers; by a step-great granddaughter: Vaylen Ryder; by 4 nephews and 7 nieces: Mick Blackwell, Dennis Herring Larry Herring, Ron Mace, Paul Rohrbaugh III, Cindy (Blackwell) Knapp, Sandra Blackwell, Colleen (Mace) Reamer, Beth (Mace) Vivalvi, Vicki Mace, Joyce Nary, & Quayetta (Nary) Leatherman; by Numerous great nieces and nephews; and by her one surviving first cousin Violet May (Gates) Kratzer. Mary Lu was a current member of The Washington State Kewpie Club, the International Rose O’Neill Club, the Friends of Givens Senior Center, The Silvertones choral group, AARP, and the YMCA. Before her series of illnesses over the last six years she maintained memberships in many other clubs. Mary Lu’s Parents, Inez Vera Cole and Lester JB Ellis were married in Spokane, Washington in,1924. Their first daughter Mary Lu was born on Wednesday August 10, 1927. Her middle name “Lu” was after her maternal grandmother Lulu Lucinda Cole. Their second daughter, Vera Mae, was born in 1930. The sisters grew up in Spokane during the Great Depression followed by the rationing of WWII. Mary Lu said she remembered that when Roosevelt closed the banks she lost all her “Birthday Money,” Both daughters attended the old JJ Brown Elementary School. Later the family moved to grandfather William Ellis’ two story house on Mansfield. Both sisters went to North Central High School while living there. Mary Lu was yearbook editor during her senior year. After graduation from North Central she went to San Diego on a visit and stayed with her cousin Myrtle and her husband Dick Alley. To earn money, she worked as a typist at the county court house. At lunch the girls would go out and eat on the embankment, where they watched the Navy ships come in. She said it was quite a sight with the sailors in dress blues all lining the rails. One day Myrtle and Mary Lu went to the beach, while they were sitting two sailors sat nearby. Myrtle invited them to join them. Mary Lu was so embarrassed she tried to sink into the sand. One of the Sailors was William Nary. Mary Lu said it was pretty much love at first sight. They were married February 15th 1946 at her cousin’s house in San Diego. Bill was still in the Navy, teaching at the sonar school in San Diego, so they lived in Navy Housing. A year later their first son Quay was born. The second son Brett followed 11 months later. Mary said many times that one of the strangest or funniest sights she ever saw was seeing white uniformed big burly Navy orderlies come into the ward bringing tiny babies tucked under each arm in to their mothers. Late in 1948 they moved to Spokane for a time. Bill wanted to go home to Gettysburg and work for his brother who was starting a business. But it didn’t work out so they moved back to Spokane where Bill worked delivering mail until his bad back forced him to quit. For a time, he ran his own business fixing radios, TVs, and appliances. Mary Lu worked sorting mail during the holidays at the local Post Office. In the early Fifties Bill got a great job offer from Hughes Aircraft. They moved to Los Angeles and bought a house in the suburb of Torrance California. They lived there for forty years. Their younger son, Brett, married Cindi in 1973. Grandchildren followed yearly for the next 3years, Troy in 74, Brandi in 75, & Darla in 76. While living in Torrance Mary Lu took advantage of all the free classes being offered by the community college. She did leather working, cake decoration, oil painting, machine embroidery (without a computer), lost wax jewelry making, ceramic painting and decoration. In 1991 they sold their house in Torrance and moved to Washington, where they Purchased a home in Port Orchard. Bill and his brother-in-law Bert built a Garage. In 1993 Their son Quay moved in with them after taking early retirement during the Chevron-Texaco Merger. In Washington they continued their interests in collecting Kewpies, rock hounding, Antiqueing ,etc. for a time. Most of the tools and supplies for the crafts which Mary Lu had mastered in California had been packed and moved to Washington in anticipation that she would continue on as before. But were mostly never set up for easy use. In Washington. She took up rubber stamping and card making. Following Granddaughter Brandi’s marriage two greatgrandchildren entered Mary Lu & Bill’s lives: Skeeter Richard Rivers Jr in 93 and Angelica Lynn Rivers in 95. By the turn of the century Mary Lu’s health problems were beginning, with back surgery and open-heart surgery in successive years. Their younger son Brett passed away in 2006 from cancer. Bill passed away in 2008. Bill’s long illness took a toll on Mary Lu’s health. She rebounded Fairly well from most of her health problems that occurred during this period. Her 2016 hospital stay, and each problem after that left her less capable. Quay Nary wrote this 4-11-2018

Mary Lu, aged 90 years 7 months and 16 days, passed away at 9:18 AM Monday morning March 26, 2018 at the Northwoods Lodge skilled nursing facility in Silverdale after being transferred there from Harrison Hospital the previous Thursday evening. She... View Obituary & Service Information

The family of Mary Lu Nary created this Life Tributes page to make it easy to share your memories.