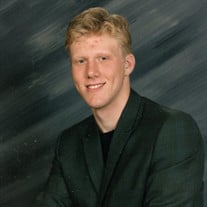 Matthew C. Nicksic was born to Terrence D. Nicksic and Christine (Pischl) Nicksic in Sacramento CA on the evening of July 3, 1976, a few hours away from being a bicentennial baby. Matt forged his own path through life following his interests and ideas wherever they led him. Matt moved to Washington as a young child. He grew up in Port Orchard, WA and was educated in the South Kitsap school system. He was a precocious child and was in the gifted program throughout grade school and junior high. Matt was on the Knowledge Bowl team in high school and graduated from South Kitsap HS in 1994. He then attended Pacific Lutheran University (PLU) where he studied film and visual arts, hosted a radio program, and had several poems published in Saxifrage, the annual PLU literary review. Throughout his entire life, Matt was intelligent, inquisitive and articulate. He was an “information sponge” and soaked up knowledge from many sources through reading, television, on-line research and conversations. He could discuss almost any topic. Matt often could see things from a different perspective and was always ready to share his knowledge and opinions. Matt had an astute sense of humor with a penchant for allusions and a keen eye for irony. Matt enjoyed physical activity and sports. He tried all the youth sports and settled on soccer as his favorite. He played soccer for many years. On the Select Team he played in competitions across the state. Matt excelled in wrestling throughout junior and high school. In his senior year he went to the state championship Washington Mat Classic on the powerhouse SK wrestling team and placed in the 190 lb class. He also took up rugby, which suited his size, speed and skills, and played in a fledgling rugby league in Tacoma. Matt liked water activities and became a certified Lifeguard. At PLU he was a mainstay of the crew team that qualified for the West Coast Championships. Matt had a broad range of interests. He apparently inherited the family “packrat gene” and accumulated a myriad of different things. He was a movie buff and local film critic. He enjoyed music, collected LP’s and taught himself to play the guitar. He liked skateboarding and got burnt to a crisp trying to learn to surf. Among other things, he was a discerning coffee drinker. Matt loved role playing games and jumped at the opportunity to become part-owner of Tacoma Games. He was a diligent, reliable and well-informed worker. He put his heart and soul into “the store” and especially enjoyed being with his friends and colleagues. Recently, Matt was enthusiastic about living off grid in a cabin he was designing and going to build himself. Summer classes he took at the Bremerton Skills Center built carpentry and electrical skills which served him well in this endeavor. Matt was eager to explore the great outdoors, and was all geared up and looking forward to hiking the Pacific Crest Trail. His greatest joy in life was his 5 year old son Drago. Matt was an involved and devoted father. A favorite activity was playing with Legos. He was deeply saddened that he would not be able to share experiences with Drago and live to see him grow and flourish. Matt was conscientious about living a healthy lifestyle. He was never sick and had “perfect attendance” from kindergarten through high school graduation. Ironically, the one time he did get sick turned out to be fatal. In early August he was diagnosed with metastatic colon cancer. In a sense, he was a casualty of the COID-19 crisis because in an overwhelmed medical system, he was unable to access critical tests and procedures in a timely manner. After an intense 2 month battle with the cancer and ensuing infections, Matt ran out of options and time, and passed away on October 15, 2021. Matt is survived by his parents, his former partner for 17 years Lily Cronin, his son Drago, and many aunts, uncles, cousins and friends. May he rest in peace with all our love and be fondly remembered. Taken too soon to realize his potential or his dreams.

Matthew C. Nicksic was born to Terrence D. Nicksic and Christine (Pischl) Nicksic in Sacramento CA on the evening of July 3, 1976, a few hours away from being a bicentennial baby. Matt forged his own path through life following his interests... View Obituary & Service Information

The family of Matthew Colin Nicksic created this Life Tributes page to make it easy to share your memories.