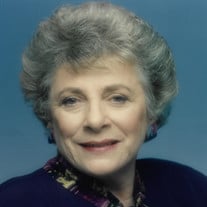 Merceda Elizabeth Olson, "The Banana Bread Lady of Port Orchard" is now baking her delights in God’s Heavenly Kitchen. Marci was known around Port Orchard for her wonderful Banana Bread which she gave to people who helped her and to anyone she liked. Marci passed away peacefully at St. Joseph’s Hospital in Tacoma following a stroke and a brain tumor. At the time of her passing she was being cared for by her daughter Debra at her home in Federal Way. Marci was raised in Aberdeen, South Dakota. She was one of nine children born to George Alvin and Adeline Mary (Mullenberg) Sihrer. On August 23, 1950, she married Donald Bryon Olson in South Dakota. They were married for 56 years before Don’s passing in March 2007. Don and Marci welcomed their first child, Donald Dana, in August 1951. With baby Donald in tow, the little family moved to Bremerton, WA, where Don became employed by Puget Sound Naval Shipyard. Their second child, Roger Oscar, came bouncing along in December 1952. In May 1954, Don and Marci welcomed their first daughter, Debra Mary. She was followed by her sister, Rhonda Georgia, in December 1955. At some point during that time, the Olson family moved to Port Orchard. Marci never had a dull moment with four children of her own, and she was also the neighborhood "Mom". The Olson home was soon the gathering place for all her children's friends. Don and Marci also took in friends of their children who didn't have a good home life. Marci worked as a noon aide at Frank Givens Elementary school during the time her children attended and was affectionately known as "Mrs. O." She went on bike rides with her kids, played badminton and sewed many clothes and dance recital costumes. She had many entertaining and funny stories to tell about her various styles of discipline, especially when it came to the boys. Even though she was a busy Mom, she found the time to be a cook for the PSNS cafeteria and at the South Kitsap School District. She also clerked at the Marina Mart. In what would be other people’s retirement years, she enjoyed working with her daughter Rhonda at various Ernst Hardware stores reorganizing the incoming freight area and also rearranging and restocking the entire store. Grandson Donnie would sometimes ride in the cart while his Mom and Grandma restocked shelves which, Marci insisted, was why he handles freight today for Wal-Mart. Marci also worked at various businesses rotating magazine stock. Marci and Don moved to the Philippines for a few years when Don was transferred there. While living there they explored other countries including Australia and Hong Kong. At one point in her life, she enjoyed breeding Lhasa Apso puppies; and she always enjoyed gardening and keeping her yard and home looking nice. Marci was preceded in death by her parents, all of her siblings, her husband (Donald B. Olson), youngest son (Roger O. Olson), and youngest daughter (Rhonda G. Desmond). She is lovingly missed by son Don & wife Patty Olson of Bremerton, daughter Debra Werle of Federal Way, son-in-law Denny Desmond and grandson Donald A. Desmond of Port Orchard, Corbin & wife Kayla Werle of Bellingham, and granddaughter Whitney Werle of San Antonio, TX. She is also survived by grandson Jeff Olson of Port Orchard, granddaughter Marci Smith and great-grandsons Richie Smith and Joseph Murphy and great-granddaughter Kelsey Murphy – all of Kansas. Bless Marci for also always caring and always asking about Patty’s children; Marci’s step-granddaughter Janet Meeds and step-great-granddaughter Luna Meeds of Bremerton; and her step-grandson Jiles O’Neal (wife Krystal) and step-great-grandsons Elliott and Jackson of Mukilteo. Please join us in remembering and celebrating Marci’s life at a service to be held at Rill Chapel on Thursday, June 15th at 2:00 PM. Following the service, Marci’s wonderful banana bread and apple kuchen – baked with love from her own recipes by Debra and Patty - will be served. We will also be giving out the recipes for these two favorites of Mom's. In lieu of flowers, please donate in Marci’s name to The American Cancer Society or to the Susan G. Komen Breast Cancer Foundation.

Merceda Elizabeth Olson, "The Banana Bread Lady of Port Orchard" is now baking her delights in God&#8217;s Heavenly Kitchen. Marci was known around Port Orchard for her wonderful Banana Bread which she gave to people who helped her and to anyone... View Obituary & Service Information

The family of Merceda Olson created this Life Tributes page to make it easy to share your memories.