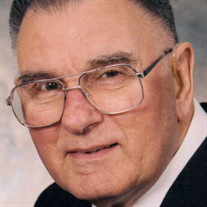 Merton Gene Cooper was born in Florence, Oregon, on November 8, 1926, to Marshall Blynn Cooper and Genevieve Lillian Schellenburg Cooper. He was the youngest of two boys. His brother, Blynn Cooper, is still living in Anacortes, Washington, with his wife, Wilma. Marshall Blynn Cooper was in the Coast Guard, stationed on the Oregon and Washington coasts. So, Merton Gene moved a lot growing up. Places he mentioned, or that are in his school records (which he retained) were: Florence, Barview, and Portland, Oregon; Neah Bay, Port Angeles, Aberdeen, Grays Harbor, Centralia, and Olympia, Washington. He ‘graduated’ from William Winlock Miller High School in May 1944 in Olympia, but still needed to complete some credits to receive his diploma. The United States Navy Bureau of Aeronautics conferred on Gene Cooper the honorary rank of ‘Cadet Aircraftsman’ for making a scale model aircraft in May 1942. He joined the Navy in July 1944 and went to boot camp at Farragut Naval Training Station in Idaho. He had never been east of Mt. Rainier and the Navy sent him to Idaho! He was stationed in Guam after the war. He made many memories in boot camp; after he retired, he and Lorraine helped organized the Farragut Naval Training Station reunions for many years. After leaving the Navy, he returned to Olympia and married Myrtle Lorraine Oster on February 14, 1948. Right after they were married, Gene’s Dad gave them a champion show dog, Tanga and 8 puppies. Gene and Lorraine purchased 60 acres in West Olympia and moved into a “shack” on the place with no running water and no indoor plumbing. The section of forest property they still retain has its own little creek. Shortly after this, they moved to Denver where Gene attended Colorado School of Trades and learned gunsmithing. Gene was a life member of the National Rifle Association, and in later years he taught firearm safety classes to hunters, youth, and women. He was also a long time member of Kitsap County Gun Club. He joined the Navy Reserves while he was in Denver, and was called up during the Korean war. He was stationed at Keyport; their first child, Myrtle, was born in the Bremerton Naval Hospital. After getting out of the Navy , they moved back to Olympia and built a new house. The other children, Sandra, Robert, and Carol were born while they lived there. Gene worked in Shelton at the plywood plant during these years. In 1960, when Gene got a job in the Naval shipyard in Bremerton, they sold the house and started looking for a new home. In 1963, Gene graduated from the shipyard apprentice program as a machinist. In 1961 they purchased 14 acres on Berry Lake Road in Port Orchard and built a house overlooking a small lake with a peat bottom - no swimming there! Gene had a “donkey” engine he used to remove some submerged logs and peat. He built a dam on one end of the lake to make a road to access the other side. The hollowed out hillside where the dirt was removed became a firing range. Myrtle, Sandy and Robert learned to drive the tractor before they were old enough to take driver’s education and graduate to driving the VW Bus. They had a large garden and moved up about a dozen blueberry plants from the Oster place in Olympia. When they built their current house in 1995, they brought three of the blueberry plants that originally came from Olympia. They still produce well—Gene picked 35 quarts of blueberries this summer. In 1985 Gene retired from Bremerton Naval shipyard’s Ordnance Engineering. Soon after, Gene and Lorraine began making long trips in their motorhome, visiting family and friends across the country. They were concerned about politics and visited the Washington State legislature in Olympia and testified about bills. Gene and Lorraine were happily married for 69 ½ years.

Merton Gene Cooper was born in Florence, Oregon, on November 8, 1926, to Marshall Blynn Cooper and Genevieve Lillian Schellenburg Cooper. He was the youngest of two boys. His brother, Blynn Cooper, is still living in Anacortes, Washington, with... View Obituary & Service Information

The family of Merton Gene Cooper created this Life Tributes page to make it easy to share your memories.

Merton Gene Cooper was born in Florence, Oregon, on November...