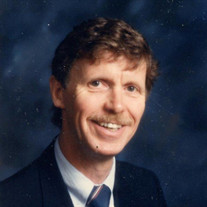 Born March 9, 1940 in Minneapolis to parents Henry & Harriet Grabowski. He is survived by his wife of 35 years, Toni (Antoinette) Grabowski, his daughter Stephanie Grabowski-Sharpe, son Eric Grabowski (wife Kendra), and son Dan Dahlquist (wife Tammy). He was preceded in death by his daughter Niki Dahlquist. He is also survived by grandchildren Haley Plooster (husband Tony & great grandkids Ty, Harper & Noah), Erika Sharpe, Gabriel Grabowski, Michael Sharpe, Caleb Grabowski, Olivia Grabowski, Maddie Arnold and Jack Dahlquist. Mike was an only child; his father died when he was just 6 weeks old. He was raised by maternal grandmother (Caroline Kirkevold), his mother, and his stepfather Lloyd Johnson. As a senior in high school, he left Hope, ND and moved to Wahpeton, ND where he attended Wahpeton High School his senior year and graduated in 1958. He excelled in academics, sports, acting, and friendships. He attended the University of North Dakota (Grand Forks) and graduated with his BS degree in pre-med in 1962. He went to medical school at Marquette University and graduated in 1966. He had children Stephanie and Eric in 1966 and 1967 with his previous wife Mary Willett-Grabowski. He joined the Air Force as a Captain and worked at the Air Force Academy Hospital during his complete tour of duty. After the Air Force, Mike had the opportunity to move to Seattle for his medical residency. Mike finished his residency in Pathology in 1972 from the University of Washington Medical School and spent the rest of his life living in the greater Seattle area. Mike spent the majority of his career working at Providence Medical Center where he had a private practice with colleagues Terry Gleason, Frank Busteed and Robert Tank. He married his wife Toni in 1985 and son Dan and daughter Niki became part of his family. Professionally, he spent many years “slaving over a hot microscope” to help diagnose different diseases for patients in need of medical care. He served as president of the medical staff at Providence Hospital during the early 90’s and was in integral part of the hospital over his tenure. Later in his career, he worked as a pathologist at Harrison Medical Center in Bremerton, WA. After retiring, Mike spent 10 years as a professor of Anatomy & Physiology at Olympic College on the Kitsap Peninsula. He passed from this world unexpectedly on March 6, 2020 while doing one of his favorite things – teaching medicine and science. Mike was dearly loved and will be missed by family, friends and colleagues. He was known to always be kind, share a smile, tell corny jokes, share stories from his past, and converse about books, history, movies, and all the knowledge he built up in his lifetime. He loved the outdoors; hiking (including trips to the Cascades, Mt. Rainier, Alaska, Mt. Olympus, and many others), salmon fishing trips and photography. Mike loved to golf with Dan & Tammy, play games/cards, enjoyed nice restaurants and good food, sports and dogs. Mike always told his children “they could do anything they wanted” and constantly reminded them he was proud of them and loved them. His grandkids recognized their Papa by his booming voice and appreciated his desire to tell stories and ask questions about their lives. He spent lots of time teaching them whatever he could and shared with them all the tidbits of wisdom he’d gathered over the years. Life with Toni was a lot about caring and sharing Toni’s large Italian family. He loved her Dad Art, Mother Angie and Brother Ric. He enjoyed working in his garden, cooking, playing pinochle and fishing. He also took great pleasure in sharing coffee every morning with Toni, walks and occasional trips to the casino, and their shared belief of God and His goodness. At this time there are no plans for a Celebration of his Life. In lieu of flowers, donations can be made to Sisters of the Holy Names (Durocher House P.O. Box 628, Jonestown, MS 38639) or Doctors Without Borders.

The family of Michael Vincent Grabowski, M.D. created this Life Tributes page to make it easy to share your memories.