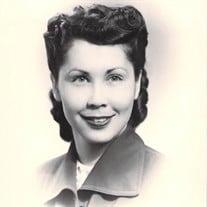 M. Michelle Freeman was born on May 10, 1925 as Mabel Michelle Reiker in Mobridge, South Dakota. Her parents were German people living in Russia. They had emigrated from Russia in a wave of others like them to the Dakotas in search of a new life as farmers and skilled tradesmen. She grew up as the youngest in a 2 room sod house with 7 siblings and her parents. She was intelligent, hard working and ambitious, getting enough education to become a teacher as a young woman. She then taught herself morse code and became a telegrapher with a technology company of her time, a railroad. She moved far away from home to work where after a few years working in various Washington communities she moved to Tacoma, WA, met Bernard J. Freeman and married on October 27th 1950. As a mother and wife she worked at times outside the home including a few years as a licensed real estate agent in Spokane, WA. The family lived at various times in Tacoma, Seattle, Sacramento, Spokane, Bellevue and finally Port Orchard. In her youth Michelle exhibited skills as a ceramic artist and craft maker. She was skilled at sewing and needlecraft. She was a fabulous cook having learned much from her mother and older sisters. She had a farmer’s heart and throughout her life loved gardening, harvesting fruits and vegetables at u-pick farms and cannning. She made sure that her children learned those skills along with her. Three children joined the new family, James, Alan and Kelly. Michelle cared lovingly for her family. Michelle and BJ worked together all their lives to help their children become good, educated human beings. Their care extended to grandchildren, extended family members, their church, friends and others whom they thought they could benefit. She was ever cheerful, helpful, loving, kind and willing to help when called upon. Michelle crossed the threshold on December 22rd, 2021 in peace after having received the sacrament of the anointing of the sick. She was well attended by the Hospice Team at Kaiser Permanente. The family appreciates their help. She is survived by her three children, six grandchildren, three great grandchildren and a multitude of nieces, nephews and their extended families who all wish her the best on her continuing journey. God bless Michelle.

M. Michelle Freeman was born on May 10, 1925 as Mabel Michelle Reiker in Mobridge, South Dakota. Her parents were German people living in Russia. They had emigrated from Russia in a wave of others like them to the Dakotas in search of a new... View Obituary & Service Information

The family of Michelle Freeman created this Life Tributes page to make it easy to share your memories.