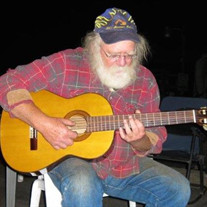 Milo G. Wright died on December 25, 2019 at Washington Veterans Home (Retsil) in Port Orchard, WA surrounded by those that loved and respected him fiercely. Milo died from complications of cancer found in his neck, he was 74 years old. Milo was born on September 12, 1945 in Bremerton, WA to his parents Florence (Caswell) Wright (born 1910 Minnesota) and Glendon Wright (born 1914 North Dakota) that were then married for over 50 years. Milo’s parents had moved to Bremerton to start their family and raise their son Milo Wright and daughter Lin (Rhone) Wright on the Olympic Peninsula with many aunts, uncles and cousins close by. Milo graduated from West High School, Bremerton WA in 1964 where he and his buddies had started a Go Cart Racing Club called OLYMPIC GO CARTS that traveled around the state to compete. After High School Milo went on to study Forestry at Olympic College in Bremerton once working on Blake Island supporting the park ranger staff. Milo soon found his place at the Bangor shipyard eventually running cranes that loaded ammunition onto ships before being called into active duty for the Navy in 1966. In the Navy, Milo was a Seabee supporting his country overseas in the Vietnam War. After serving his country in the Navy, Milo came home to Bremerton. It was December 1970 when Milo’s passion for motorcycles brought him into the family and brotherhood of the Bandito Motorcycle Club where he served many years as an elected official and to this day as a loyal forever member, last month celebrating his 49th year in the club. He touched many lives and created memories of a lifetime with the Bremerton Chapter and throughout the world. Milo settled in the Tahuya, WA area near Hood Canal where he created very special lifelong friendships and married his wife Jo Anne (Thornton) Wright on December 13, 1999. Jo Anne and Milo lived in Tahuya along with their fur babies; Nimrod, Redford and George which brought Milo much joy. In the 1990’s Milo’s Miniature Machine’s was born. Anybody you ask will tell you that Milo was the most skilled machine operator known in the area and sought after by many. Folks would be in awe after watching Milo run his machines with precise skill and passion. You may have started out as Milo’s customer, but you always turned into his friend. Among Milo’s passion for fun and living life to the fullest, he loved long trips on his motorcycle specifically to Red River, New Mexico or anywhere the club had planned to go. He had amazing talents and taught himself to play the guitar, write songs, leatherwork, macramé along with his many collections of antiques, cars, motorcycles, machines and “his toys”. When you think of Milo it can’t be helped to wear a smile if you were so lucky to ever know him, talk with him, work with him, make music with him, take guidance from him, ride with him or love him. Milo touched each of our lives in profound ways and we are all very fortunate and better people because of him, now and for years to come. Milo would want to see you smile when you think of him and remember the friendship, brotherhood and leadership. God broke the mold when he created Milo G. Wright. We will remember him as the MAN, the MYTH and the LEGEND. A small scrap paper was found last week in Milo’s handwriting and I believe it was lyrics to a song he was thinking about or a new song coming together in his head in the last couple of months: “toward the end, when there is darkness all around before they lay me in that cold hard ground, let me sing, play my guitar, remember friends and loved ones near and far….” There will be a Celebration of Life for Milo on January 25 at 1pm at: First Lutheran Community Church 2483 Mitchell Rd SE, Port Orchard, WA 98366 After the service, friends are invited to gather, raise a glass and tell stories at: The Garage Bar and Grill 6812 Kitsap Way, Bremerton, WA 98312

Milo G. Wright died on December 25, 2019 at Washington Veterans Home (Retsil) in Port Orchard, WA surrounded by those that loved and respected him fiercely. Milo died from complications of cancer found in his neck, he was 74 years old. Milo... View Obituary & Service Information

The family of Milo G. Wright created this Life Tributes page to make it easy to share your memories.